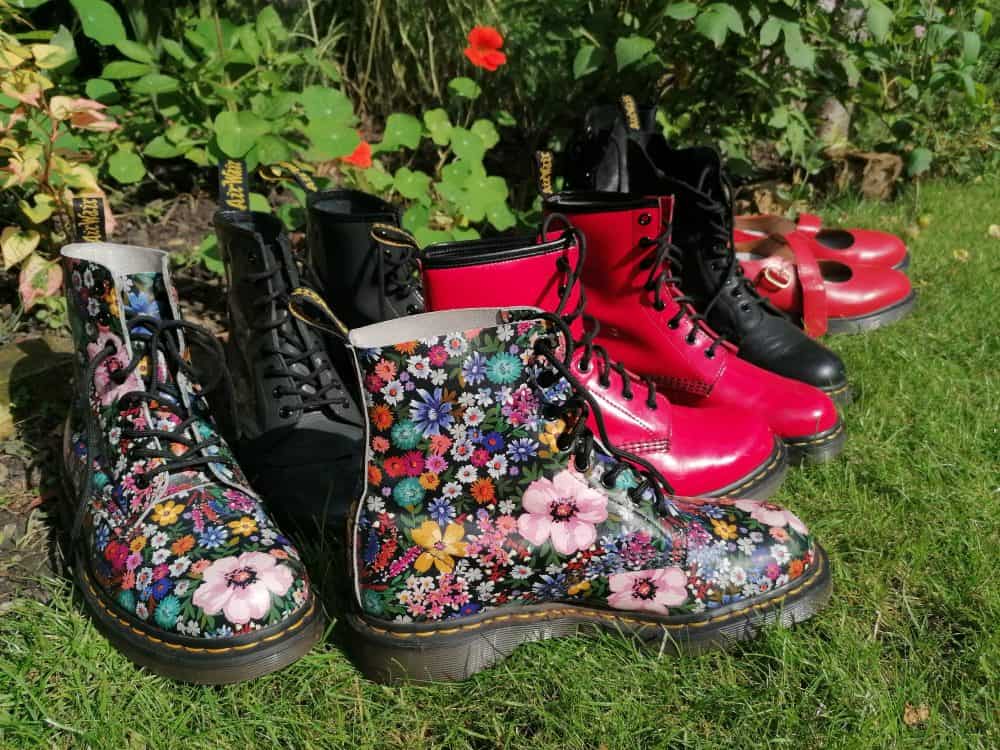 My favourite shoes are my Dr Martens.  I own five pairs, a sixth having died a death after many years. If I could, I’d own fifty pairs, and with over 700 different styles available, that’s a rather modest desire in my view. So I am much cheered by the recent news in the Guardian that Dr Martens are selling very well these days, up 20% from last year to 8.3 million pairs sold in the last year.

The analysts think politics have something to do with it – young people fed up with the state of the world and striking out on their own paths, much as the skinheads, punks and goths did in their DMs. All I know is that Doc Martens are great for street marches, great for walking for miles around London in most of its weathers. On a very rainy day this August week, I donned my flowery ones with a blue raincoat and felt like I was celebrating summer in the puddles with my invincibly cheery shoes.

Practical too. That’s partly down to the German Dr. Klaus Marten who, after injuring his ankle and unable to wear standard army boots during World War II, conceived of using soft leather boots with air-padded soles made from tyre rubber. The Brits didn’t get in on the game until the 1950s, when R. Griggs Group bought the rights to make Dr. Martens in the UK.  They reshaped the heel and, most importantly, came up the idea of the yellow stitching.

Best of all, as a woman I feel strong in them, no matter the length of my skirt. You can wear them with absolutely anything, flowing cotton or soft denim or bright kilts. They aren’t Manolo Blahniks, no, but they have their own kind of independent sexiness, as if you’re not trying hard; you’re resolute and grounded, but with a bounce. 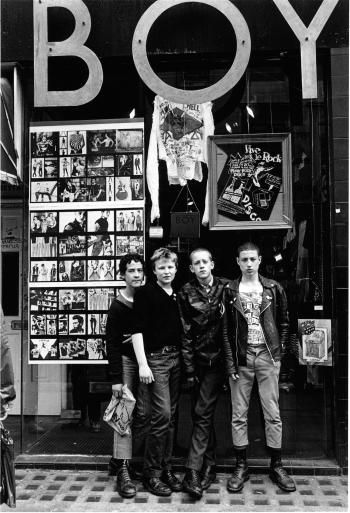 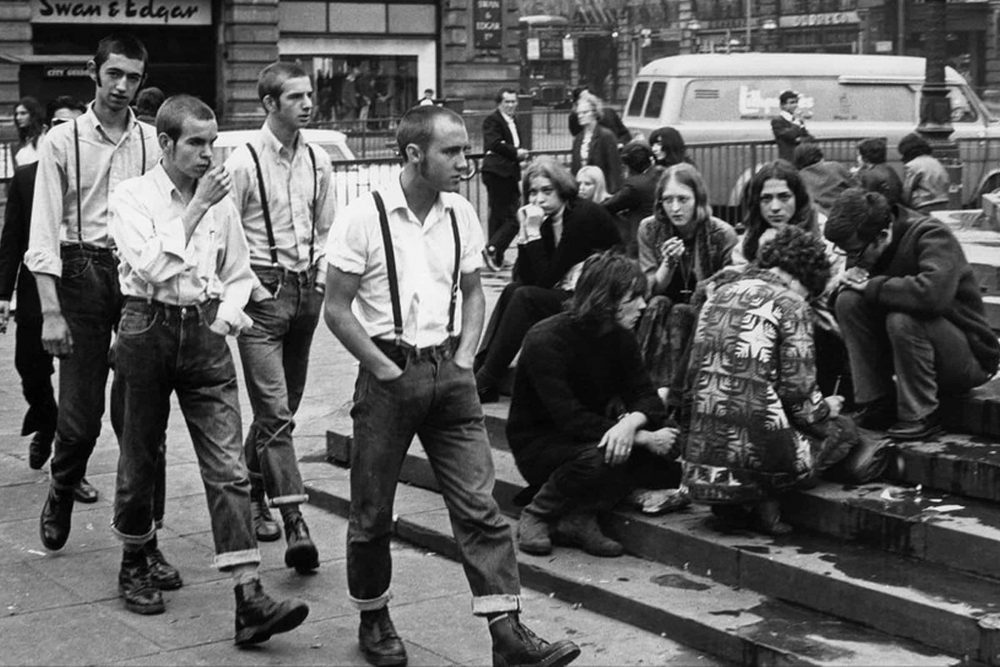 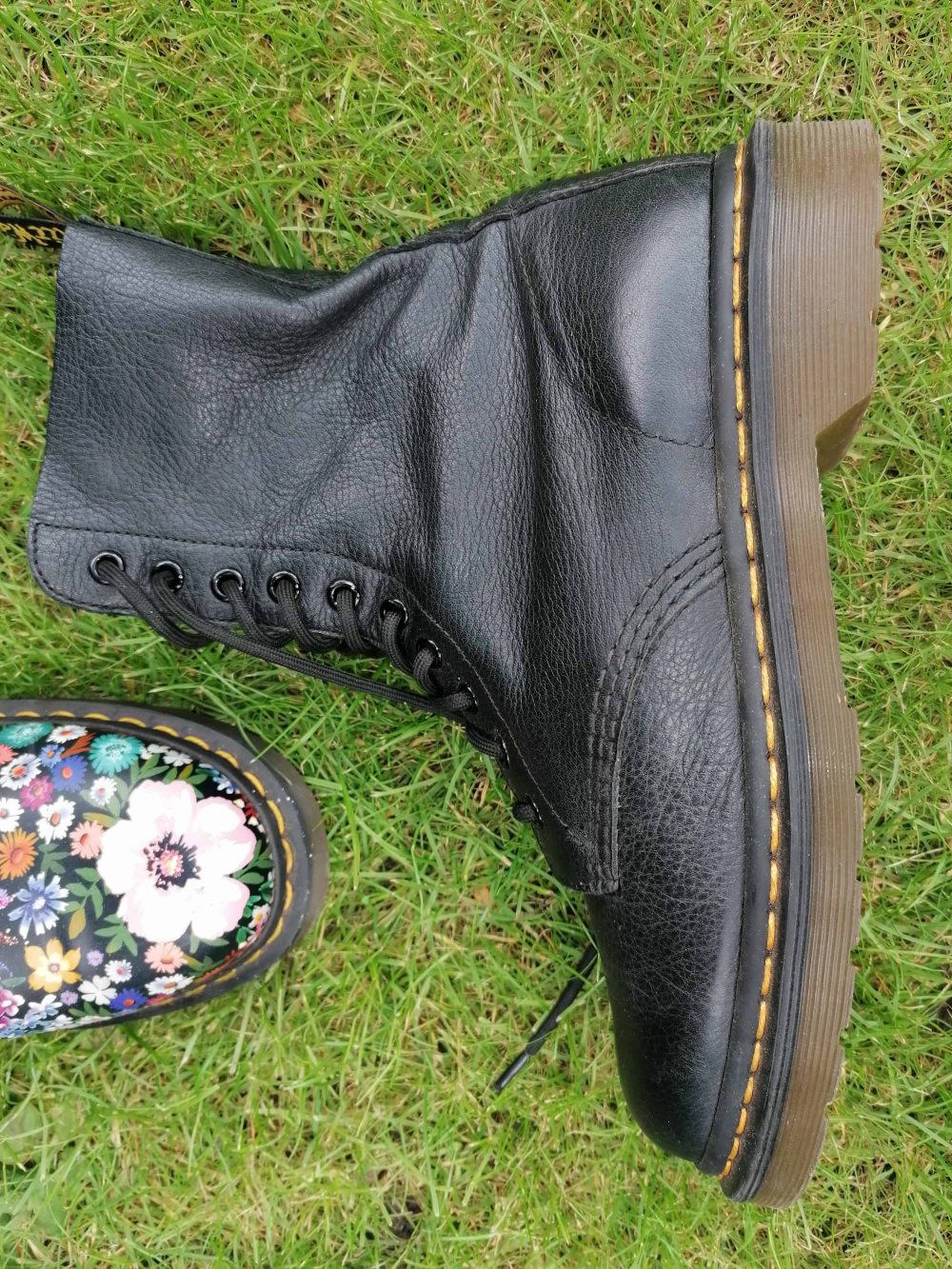 Further Discoveries
Anya Hindmarch
Egg
In Style: Dr Martens
We accept no advertising for our business and remain resolutely independent in our opinions