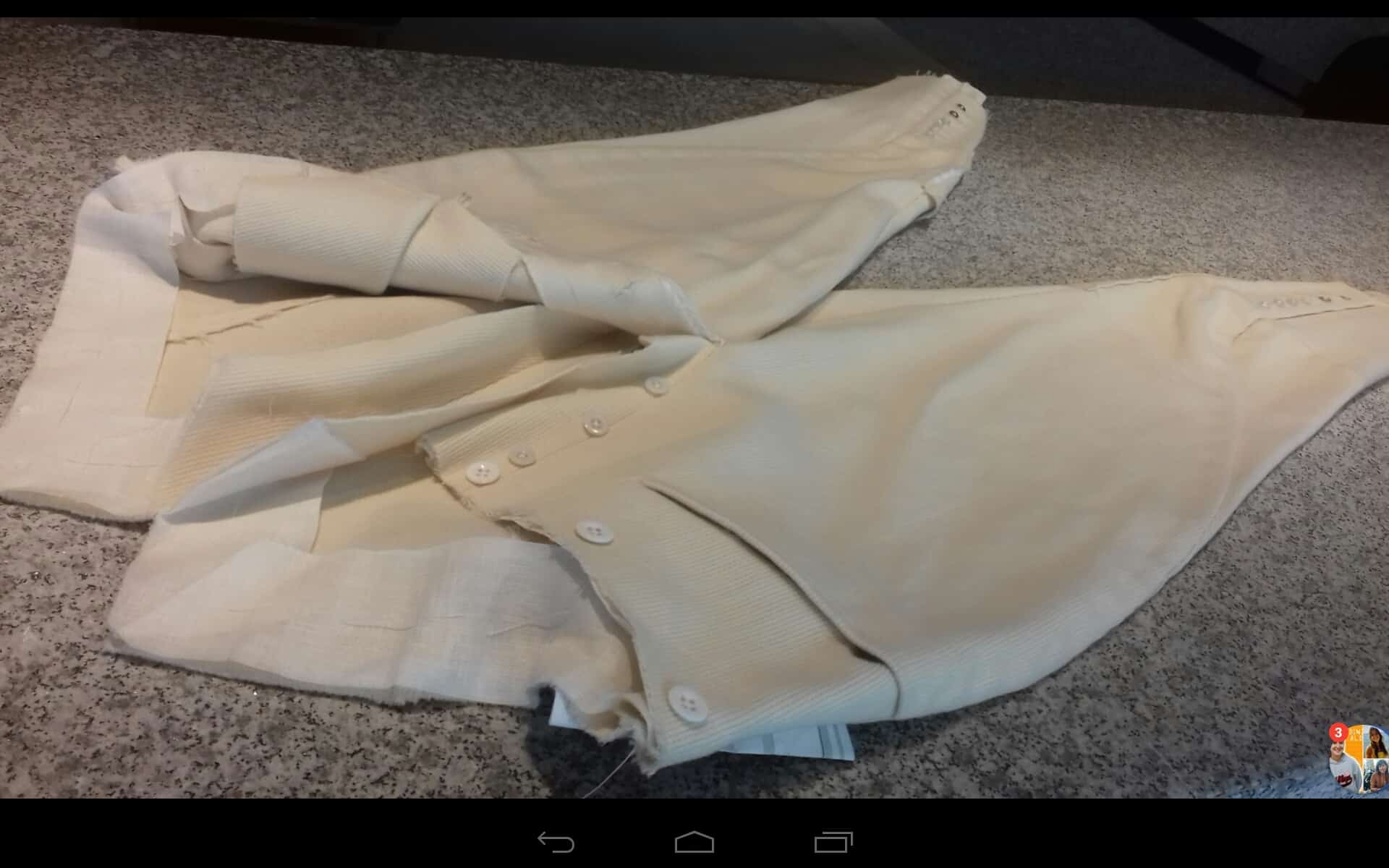 Every Wednesday, and only on Wednesdays, a living legend named Mr. Smith comes to work at Bernard Weatherill on Savile Row. As he heads down the metal steps to begin cutting in the basement, the unassumingly soft-spoken tailor passes a colourful sign that proclaims the firm to be riding clothes outfitters “by appointment to H. M. the Queen”. He knows that the perfection of his own workmanship is the one and only reason for that long-held royal warrant.

The 74-year-old Michael Smith is the last bespoke breeches cutter and maker in the world, having served as sporting tailor to a list of international celebrities and most of the elite English country set, including Prince Charles, Prince Philip and the Queen. He has had to slow down, take care of his heart. Nearly sixty years of tailoring have left him with callused fingers and a metal joint in his right knee, injured from putting too much weight on it while standing innumerable days at the cutting board. However, the sparkle in his eye declares that he intends to practise his craft for as long as he is physically able.

“When you’re that skilful, you don’t need to show off,” says Johnny Allen, head of Bespoke Tailoring at Kilgour, which merged with Bernard Weatherill in the 1950s. “They call it rock of eye. [Michael Smith] has a natural instinct and a natural eye for making a coat or a pair of breeches with a really beautiful balance to it, so you look good standing as well as riding.” A friend of Smith’s for twenty years, Allen actually knows the year that Smith began working for Bernard Weatherill, 1959. And he fully appreciates the rarity of Smith’s accomplishment. “Where will you ever see that again, when somebody gives the majority of his life from when he was 15 years-old to one company, to something very specialist and intricate?”

To fit a customer, Smith has to measure both sides of the body, including individual differences in the length of the inside legs and the width of the calves, so that boots can fit easily over high-waisted breeches. Allen continues, “Michael also cuts the ladies’ habits . . . the sidesaddle habits they wear cross-legged on the horse, and then they have an apron. . . . That’s a long skirt and then a cutaway dressage coat. He made that for the Queen. You cut it in a single piece on the floor so you have to open the whole fabric out. It can’t be cut on a cutting table . . . because it’s so big.” Even when he worked at Huntsman, Allen was sending customers to Smith “because there was nobody else to make a hunting coat or to make a cutaway dressage coat.”

Smith remembers when he started working for Bernard Weatherill in Aldershot as an apprentice to a riding and hunting clothes maker, who kept a close watch over him. “I was a year learning felling, cross-stitching, back-stitching. They wouldn’t let me work on anything properly for a year.” The five employees had to climb some “rickety old stairs” up to a “horrible” room that was a “a sort of hayloft, which you wouldn’t be allowed [to use] these days.” The room was heated by one stove, whose gas fire was the apprentice’s job to light each morning. “It was freezing, bloody cold,” says Smith, who describes the atmosphere as “very Victorian almost”.

But the atmosphere improved two years’ later when his future wife, Elizabeth, began working there, one of two so-called female “kippers”, as an apprentice finisher. Smith says it took another two years for him to ask Elizabeth out for a date, when she was 17 and he 19. In 1964, Bernard Weatherill transferred him to Conduit Street in Mayfair, where he began to learn the art of cutting and eventually rose to become head cutter. The couple married in 1966, and, although she left the workroom to raise a family, Elizabeth did not neglect practising her skills. She has continued to make the beautiful button holes that adorn her husband’s breeches, but, Smith says, “her hands are giving up on her now.”

In contrast to a pair of bespoke trousers that take one day to make, riding or hunting breeches can take as long as three days. The reason is the cloth: 32-ounce Bedford cord, a cloth that can stand up to the rigours of life on horseback in the mud and rain and last for years, a cloth that punishes the hands of its breeches maker, who must use a short needle called a “blunt” to push the waxed thread through it — straight up and down and even. Repetition and more repetition was essential for Smith to master the skills.

“This is artwork,” says Sandra Kotei, head of the School of Bespoke Tailoring and a great admirer of Michael Smith. I meet her on the day she has brought two students to Bernard Weatherill in hopes that Smith will grant them a few moments of his time. And he does, mindful that his is a skill in desperate danger of dying out, as the less expensive ready-to-wear breeches have long dominated a market where most buyers are oblivious to the superior look, fit and comfort of bespoke breeches.

Another of his challenges, Smith says, is “getting people’s minds the right way around. Sometimes they don’t want [their breeches] long but they’ve got to be long to get them on the horse. Otherwise they tear.” Many of Smith’s keen riding customers have been coming back to him for decades, like the man in shop when I arrive, who is telling Smith “about people I know and he knows”, including those who have passed away. “They become friends,” Smith says. “I have one or two [customers] who still [hunt] three or four days a week”, with “good horses ever time”. Smith himself has famously never ridden a horse, though he says he regularly enjoys watching point-to-point racing.

With their perfectly proportioned bags, knees, and six-buttoned calves, Smith’s hunting and riding breeches cost £1800 today, what might be seen as a fairly reasonable price for a piece of vanishing history. “It’s precious to work with Michael,” Johnny Allen says. “You have that feeling you’ll never see the like of it again.” 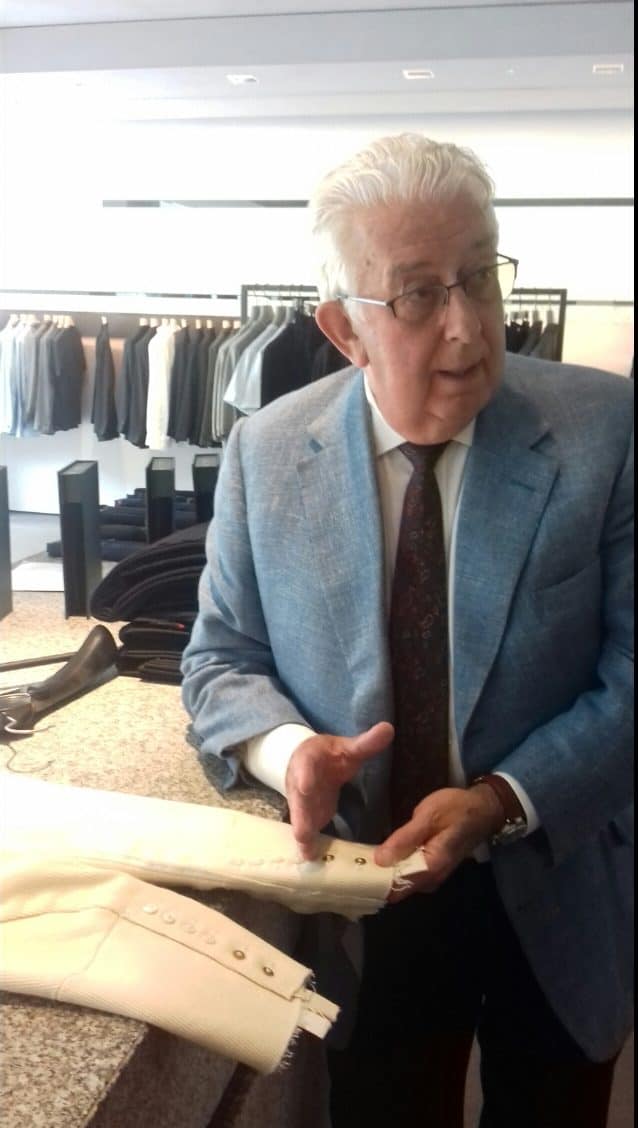 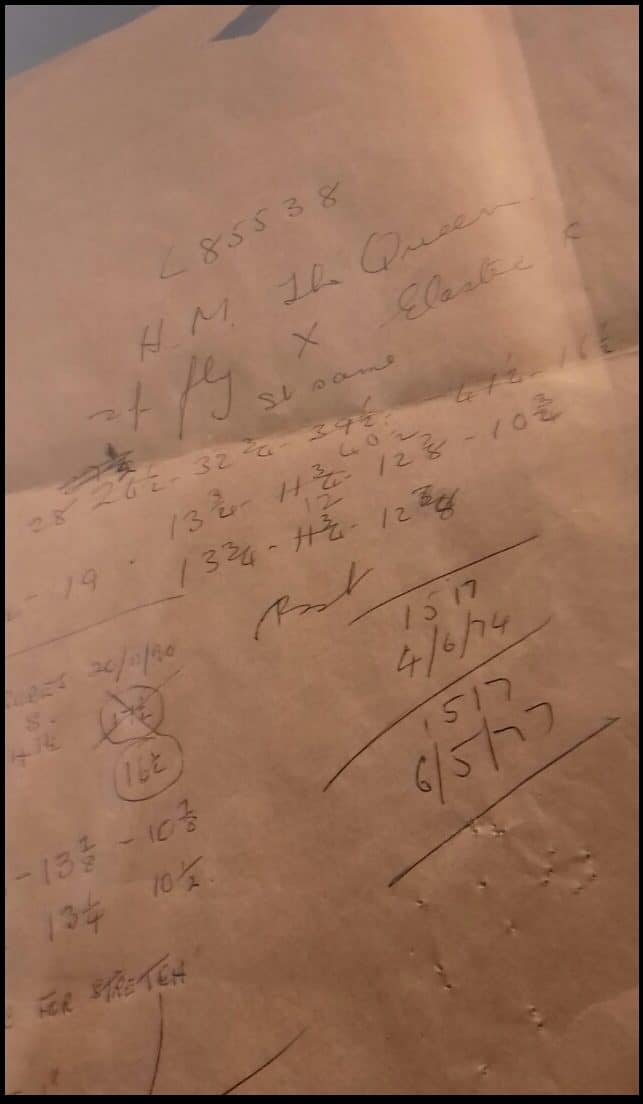 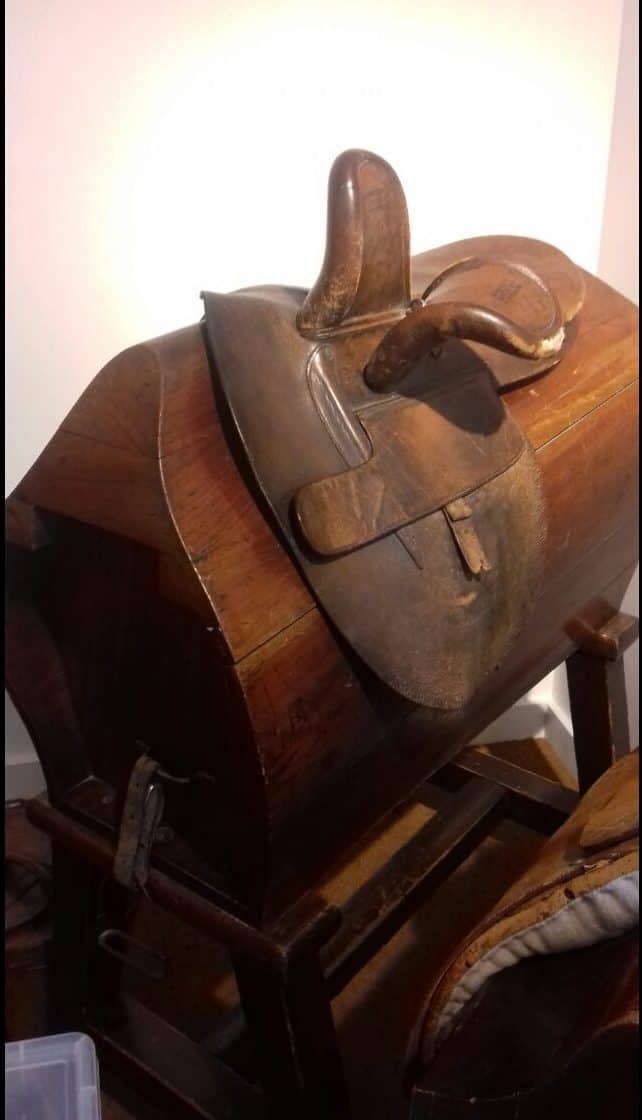 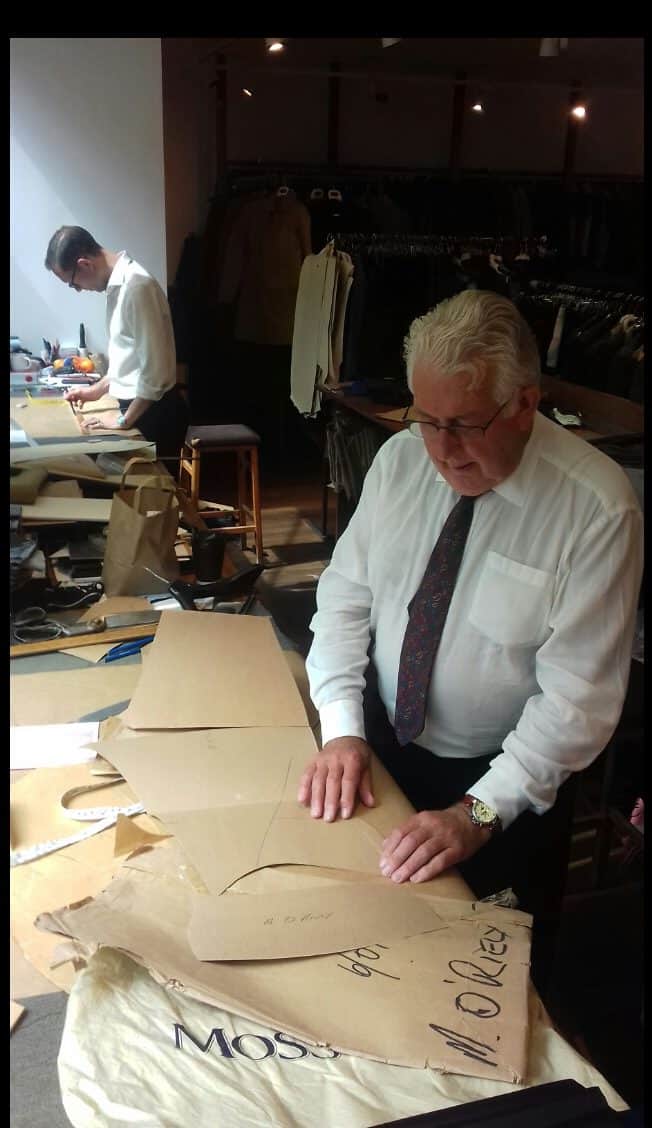 Barbara Laws, Jewellery Designer
Holland & Holland
In Style: Yellow
We accept no advertising for our business and remain resolutely independent in our opinions