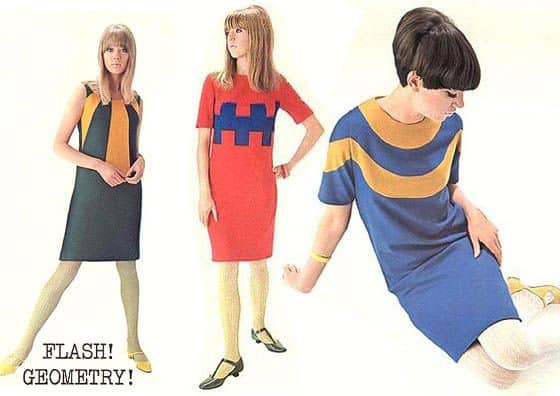 Mary Foale and Sally Tuffin set out to make “fun” clothes and helped, along with Mary Quant and a handful of London-based designers, to make the coolest clothes fun, giving the teens and twenty-somethings of the Swinging Sixties an unmatched apparelled freedom on the urban scene. “We don’t want to be chic; we just want to be ridiculous,” Foale and Tuffin once told an interviewer. Ladies in pearls and couture might have frowned, but then no one was trying to impress their mothers anymore.

Foale and Tuffin proved they needed to impress only their likeminded customers, as they managed in 1963 to be the first young women designers to open their own boutique, just off colourful Carnaby Street, and to gain complete financial independence without the support of any man (though James Wedge let them cut clothes on his billiard table for a while). Foale and Tuffin would go on to design the first trouser suits that embraced the female form, and, in the mid-sixties, would tour America with Mary Quant and a band called The Skunks. Their clothes were sold nationwide by J. C. Penney and the Puritan Fashion Corporation under the label Paraphernalia.

Born in 1938 and 1939 respectively, Tuffin and Foale became friends at Walthamstow College of Art and then both attended the Royal College of Art, where they studied under renowned teachers like Janey Ironside, Joanna Brogden and Bernard Nevill, who also designed for Liberty. At RCA, Foale won a competition to design a new mantle for the Queen to be worn at the Order of the British Empire dedication ceremony (still used to this day). Both women received sewing machines from their parents on their 21st birthdays, and upon graduation from RCA in 1961, they spent £5 on a steam iron and went to work on the dining table of their shared South Kensington flat to create entirely new dresses under their own label. It was a brave, bold step, taken largely thanks to the inspiration of Mary Quant’s success with her shop Bazaar and to Foale and Tuffin’s dismay at the prospect of having to serve long apprenticeships at established firms.

Their next step was to show some drawings of their designs in a pink folder to the young buyer at Woolland’s Department Store’s 21 shop, Vanessa Denza. Marion Foale remembers: “The first two real dresses we ever showed anybody… [Sally] did the red flannel with white frills, and I did the grey flannel with frill and the placket and the kick pleat.” At the cost of 10 ½ guineas, that grey frill dress would sell seventy copies in the first few weeks. “When we got our first two orders for 36 garments, we realised we’d got to get some help,” Foale adds. “We found a factory, the Caples, and a tailoring factory in the East End. We gave them the patterns and samples to work from. But I’d always tailor a sample with hand-stitching on the collar first.”

Their tailored shift dresses soon found spaces at trendy Browns and the Mod boutique Top Gear. Once Foale and Tuffin had their own shop around the corner from Liberty, its hand-printed floral fabrics regularly made appearances in Foale and Tuffin’s tops and short dresses. They also mixed and matched tartans, made corduroy and linen trouser suits that set them about laughing, and soon found their racy clothes photographed by David Bailey and featured on British Vogue’s “Young Ideas” pages, under the care of Marit Allen. Meanwhile Foale and Tuffin’s Soho shop in the centre of Mod heaven welcomed the youth of the youthquake in, with music from their record player accompanying the dazzle made by the red, white and blue lightbulbs. In his book on the pair, Iain Webb observes that the London scene was then all about “inventiveness, a certain naivety and experimentation. It was uniquely British in its amateurish approach”.

Denza from Woollands soon asked Foale and Tuffin to design clothes for the new Sindy doll, and soon Sindy buyers were seeing Foale & Tuffin designs as the epitome of the era, or so read the publicity: “Sindy is the free, swinging girl that every little girl longs to be.” Iain Webb says Sindy “represented the ultimate liberated ‘dolly bird’”: “The real shift was that this new breed [of customer] . . . no longer wanted to emulate Parisian chic. Instead they created their own approximation of ‘well-dressed’, which was not to look as if you were trying too hard . . . It was the birth of cool.” (For images of Sindy in her Foale & Tuffin designs, please visit here.)

After their tour of the U.S.A., Foale and Tuffin would create “The Body”, an all-in-one leotard suit; the long lean suits and coats for Susannah York in the 1966 film Kaleidscope; kaftans and smocks in mad paisleys and floral prints, embracing the escapism and nostalgia of the late 1960s and early 1970s. Their last collection, Coco Frills, appeared in 1972. Tuffin then became a Somerset ceramicist for Moorcroft Pottery and later founded Denis Chinaworks. Foale turned herself into a knitwear designer in Warwickshire, making clothes for Whistles, L.K. Bennett and Margaret Howell. Both are in their 80s and still creating. 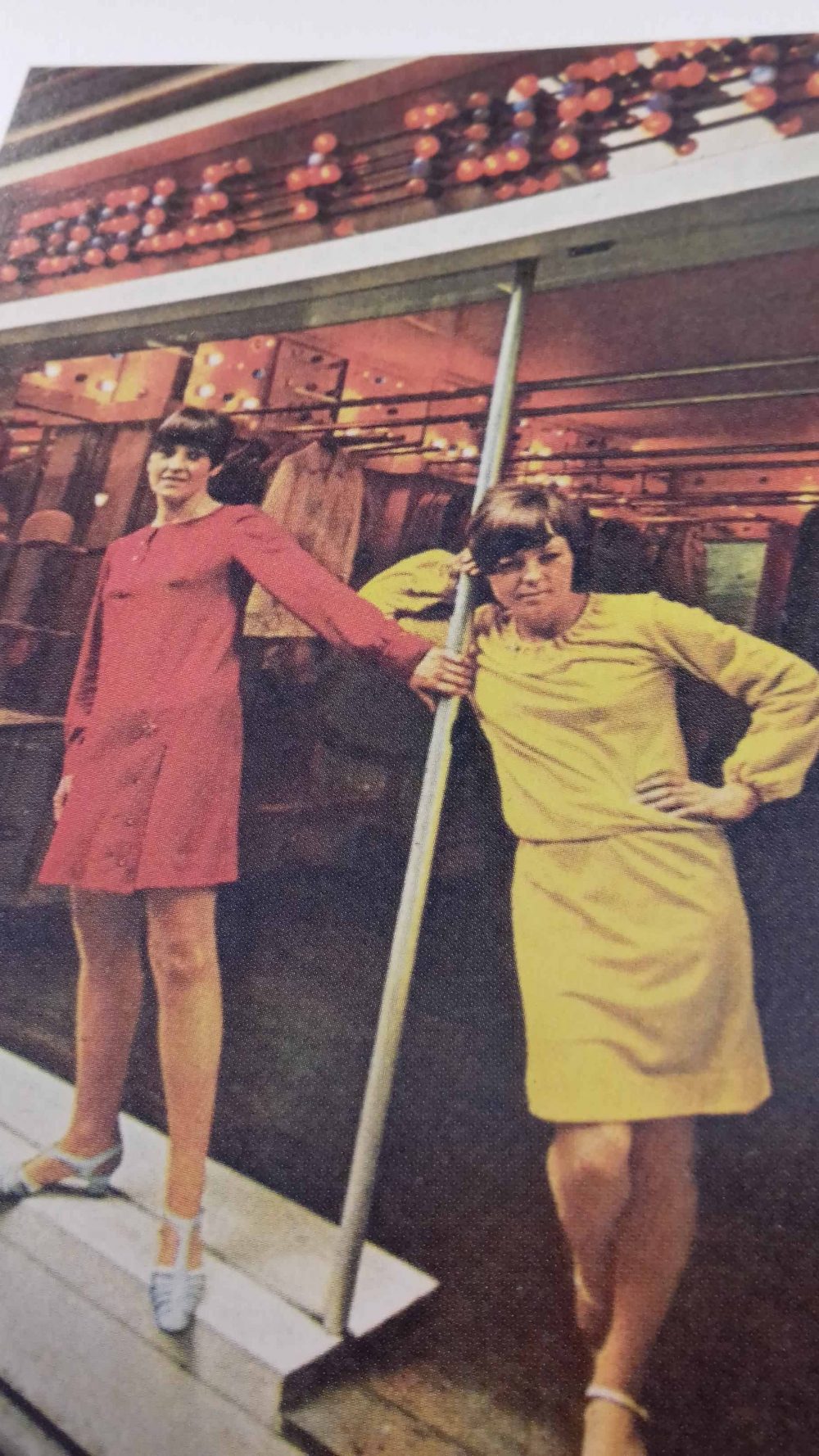 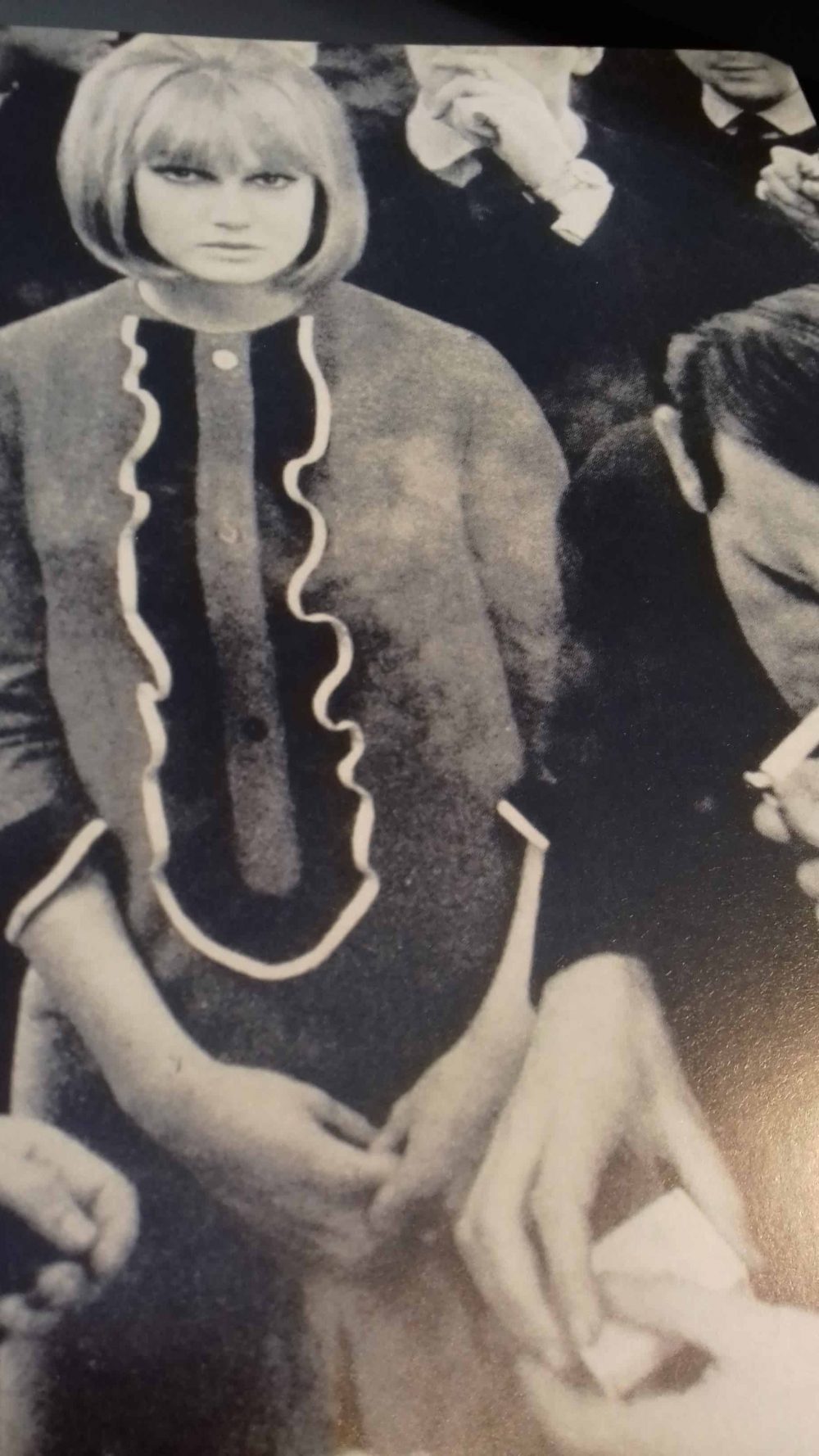 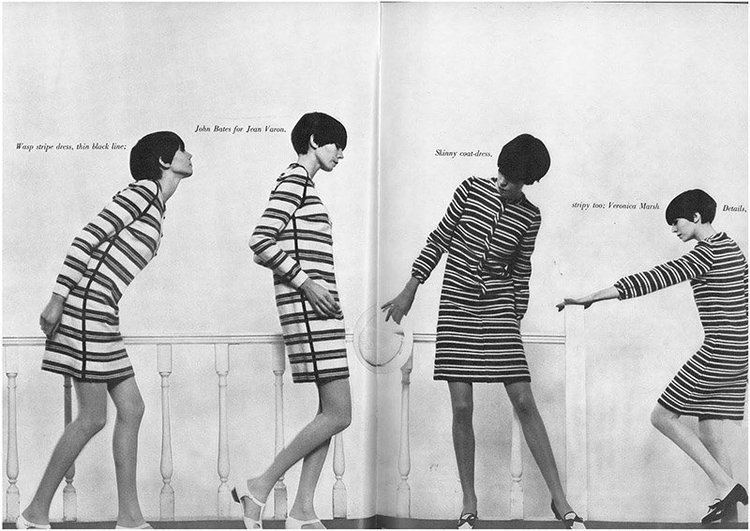 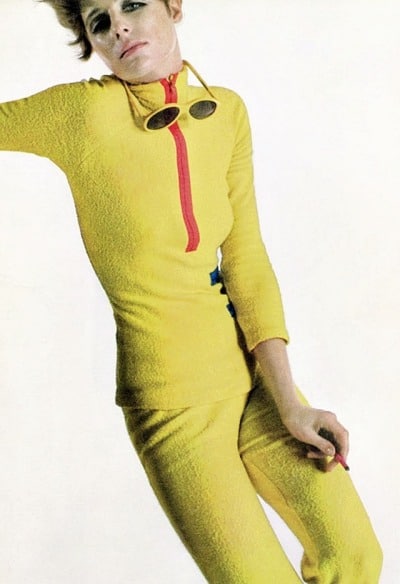 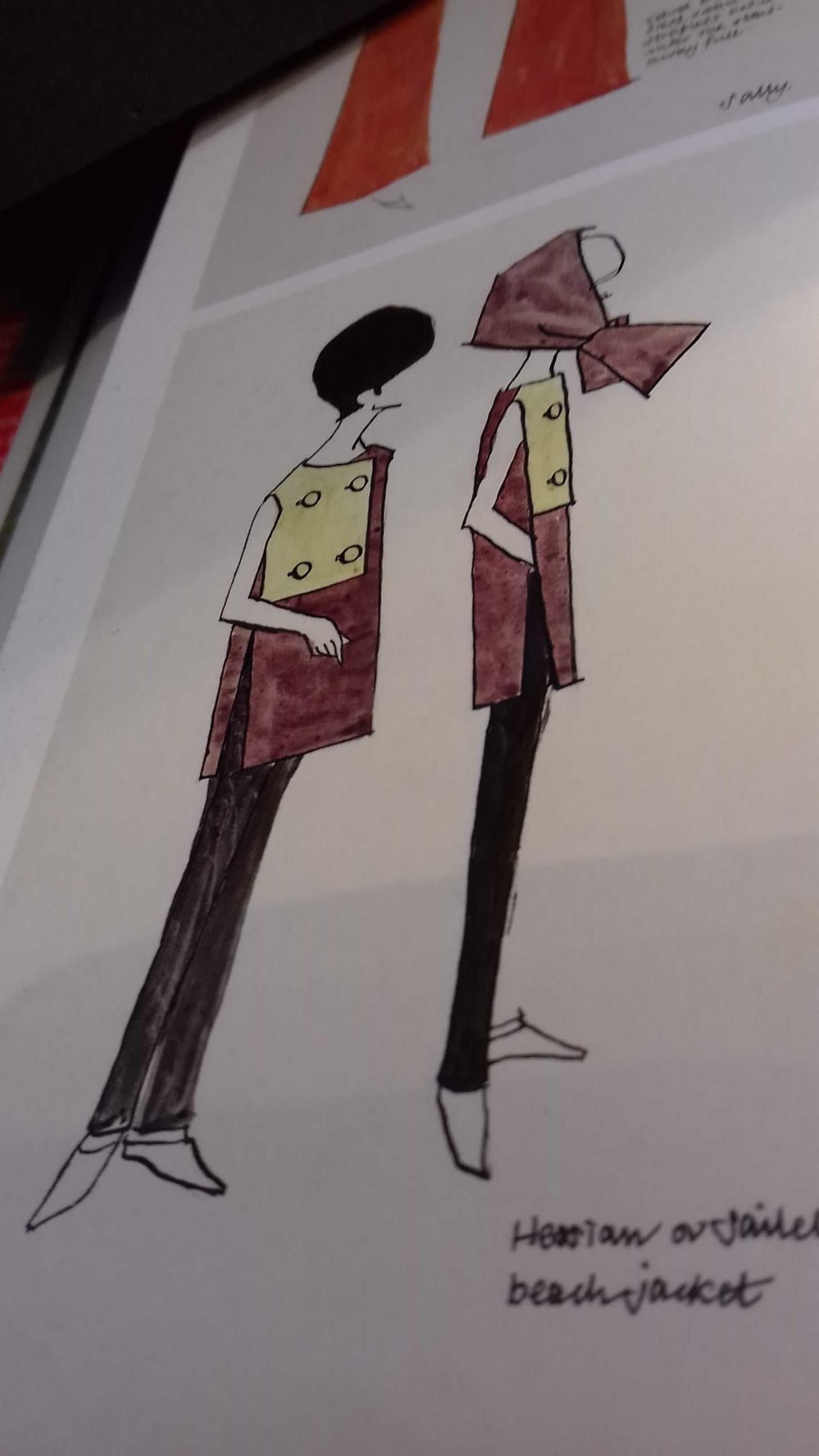 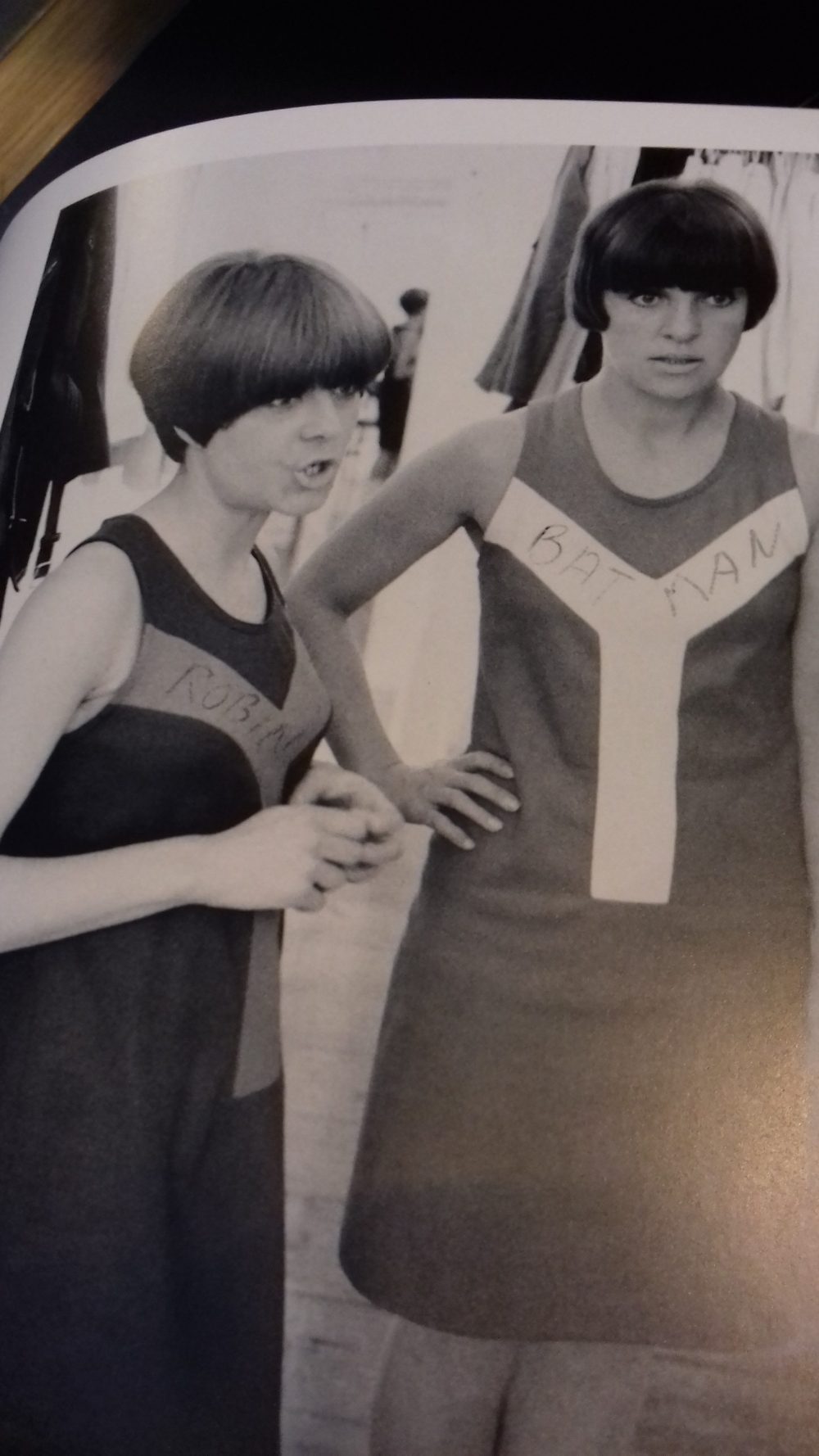 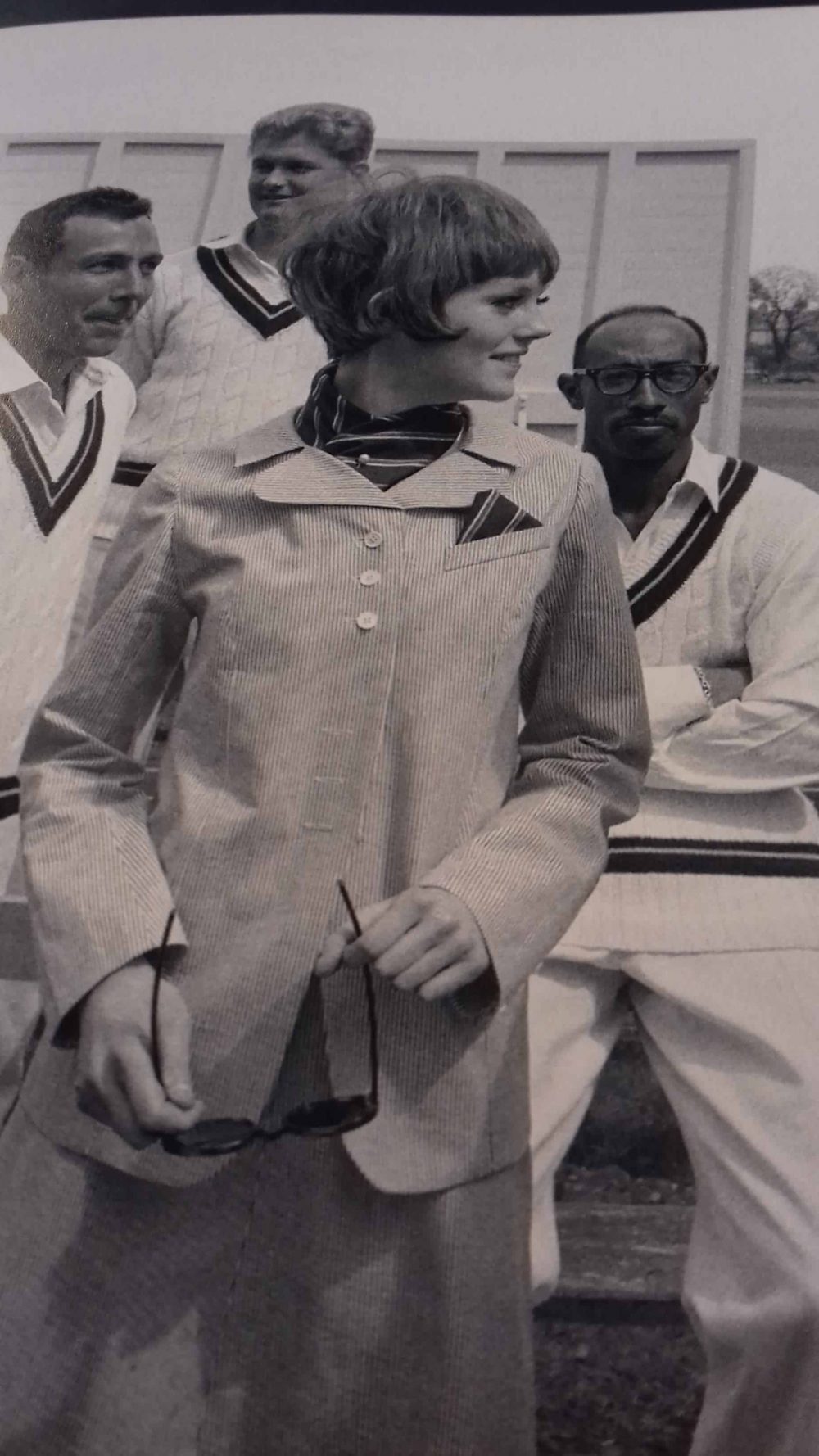 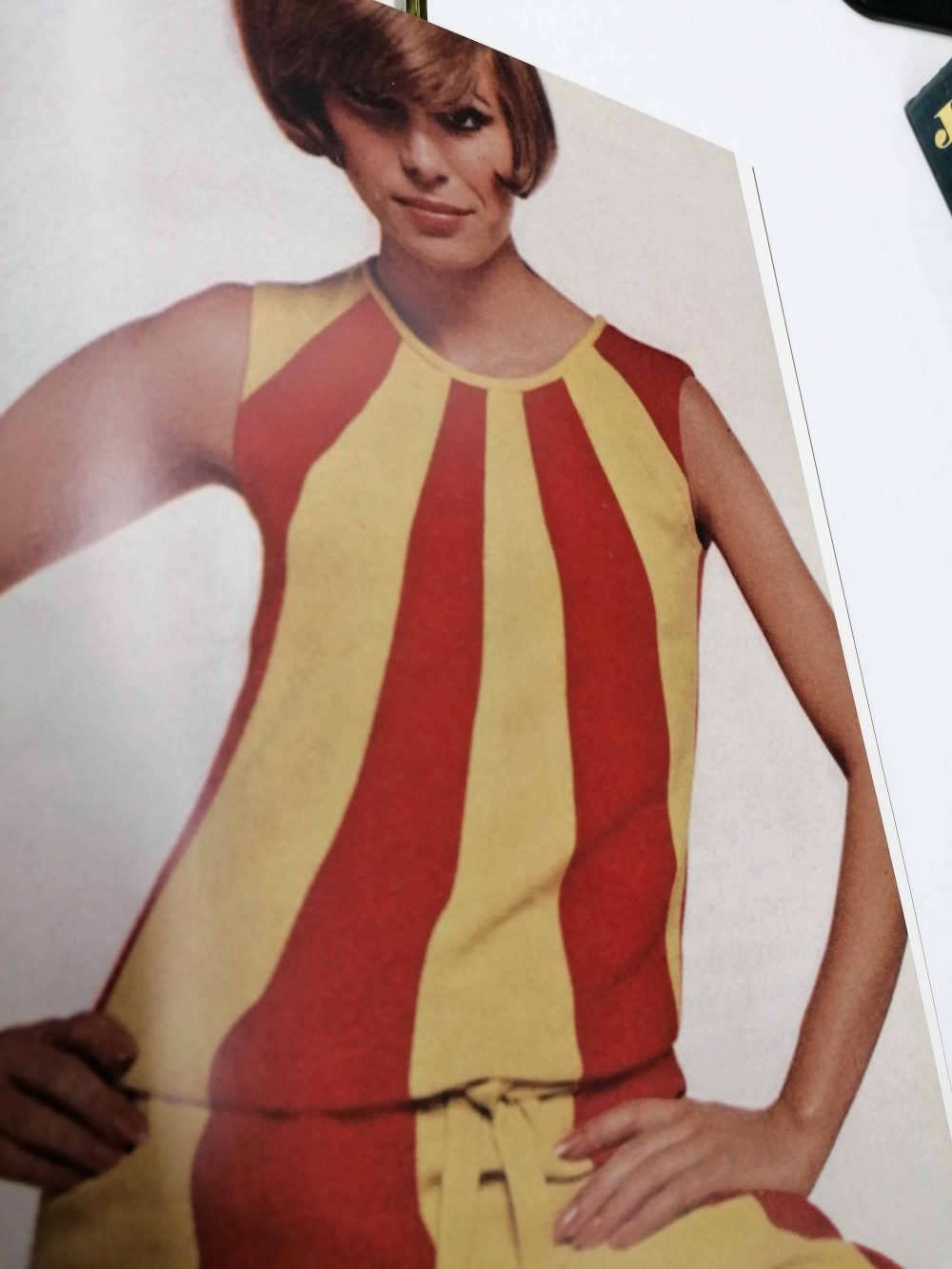 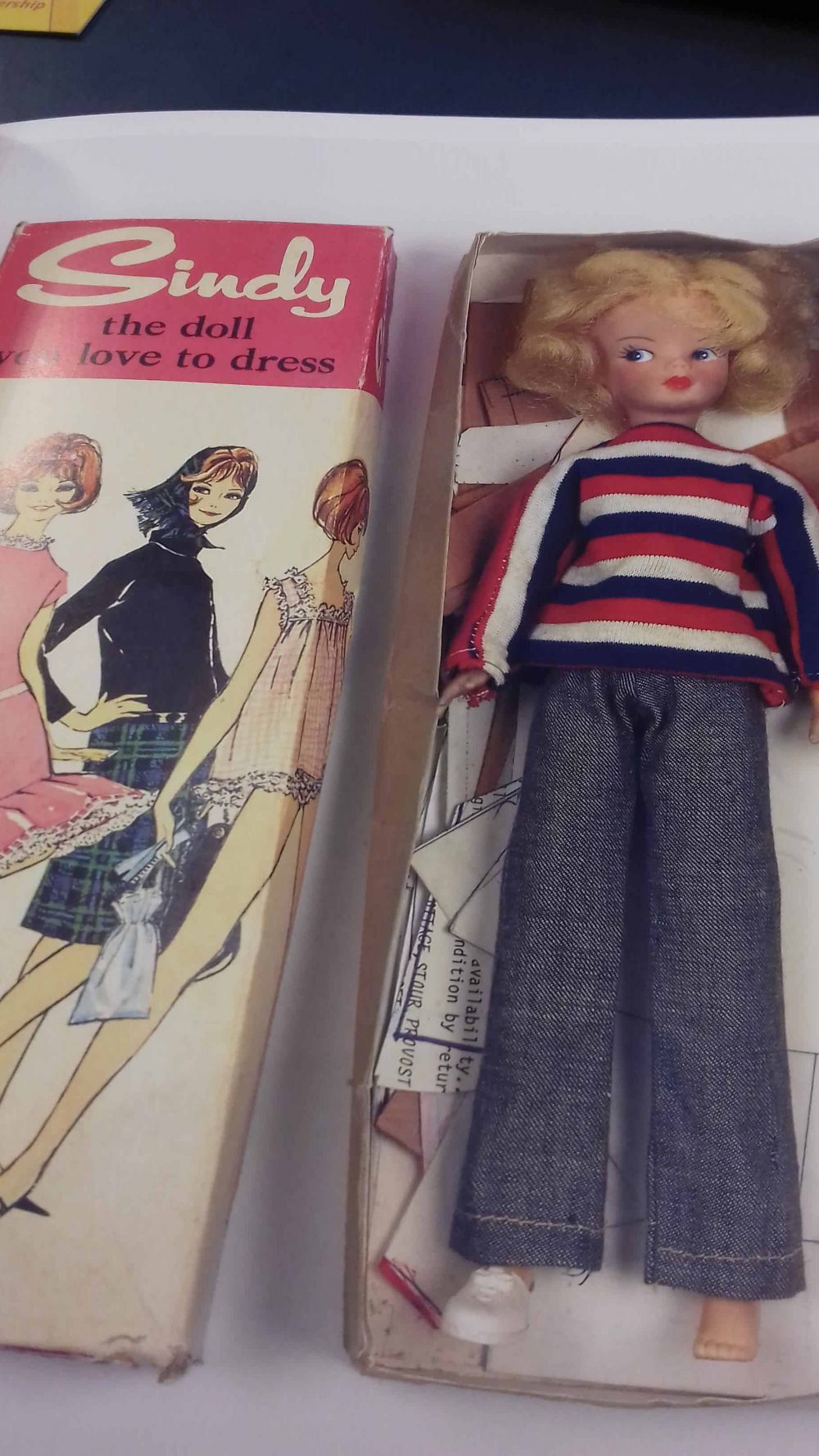 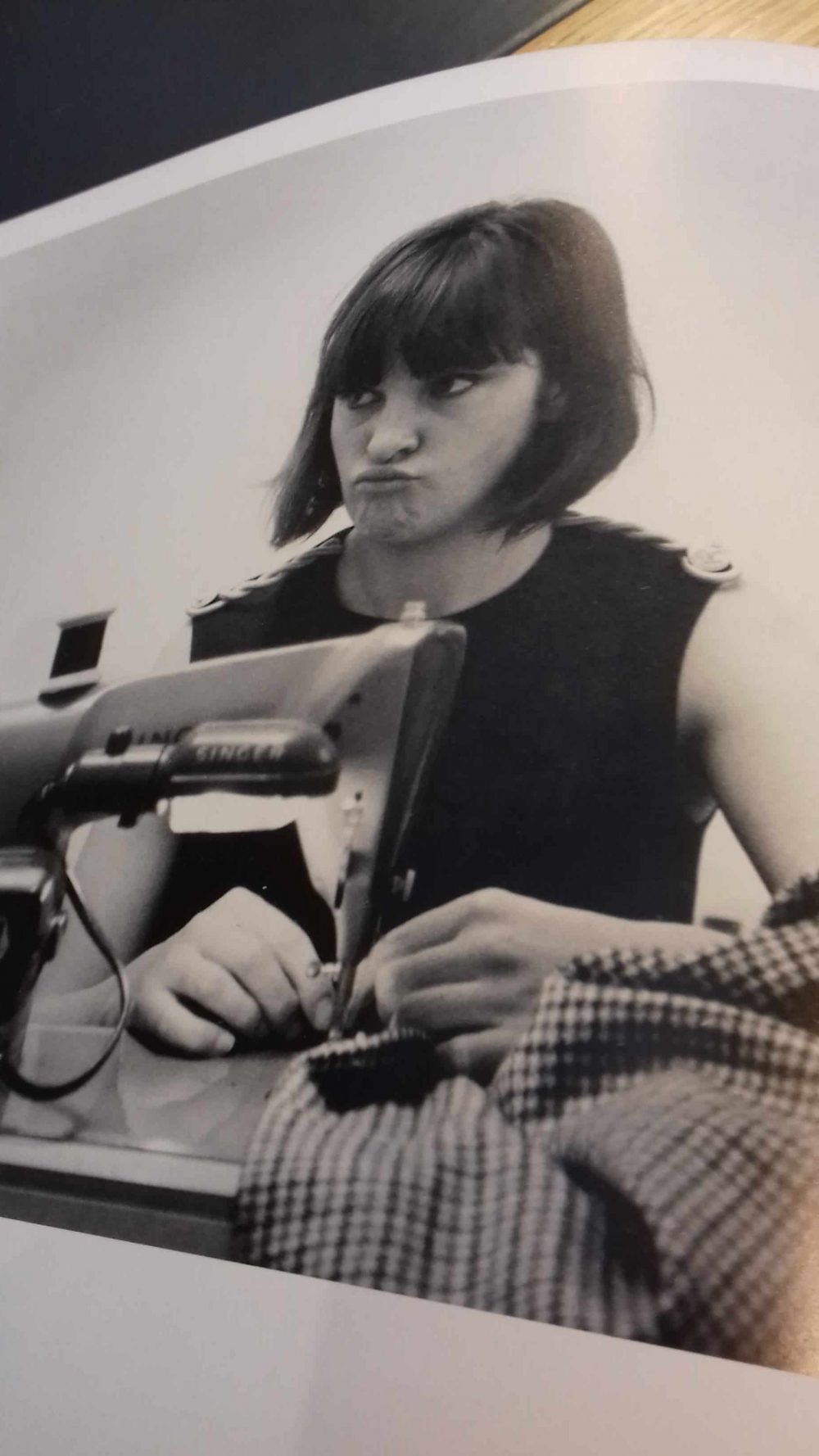