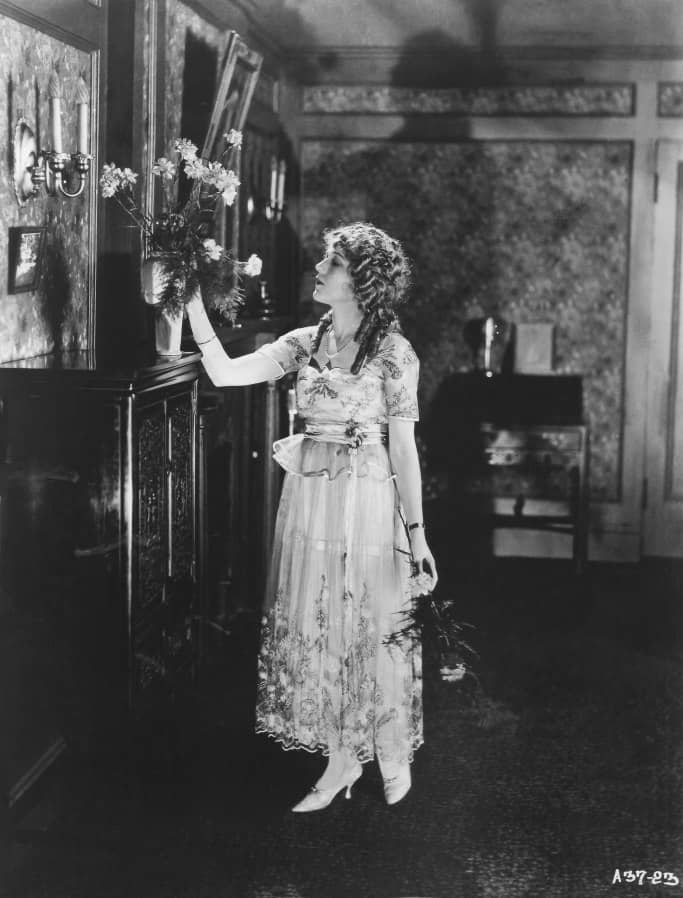 At the turn of the 20th century, wealthy women loved to visit Maison Lucile in London mainly because the clothes and lingerie of Lucile (aka Lucy Duff Gordon) had unique sex appeal. These proper society ladies surely never admitted as much, nor did, of course, Lucile’s advertising. Lucile famously introduced slit skirts to go with her low necklines and more comfortable corsets, beneath which could hide her insubstantial (by the standards of the day) and excitingly coloured lingerie, trimmed with velvet bows or silk rosebuds. She also had an outstanding ability to drape clothes, and her trademark tea gowns and evening dresses were known for their layers of diaphanous pastel fabrics, sometimes accentuated by silk flower sprays or pearls. See a good example of one of her dresses here.

Significantly, Lucile is said to have been the first couturier to train professional models, or “mannequins”, putting young women in their late teens into their first corsets and giving them lessons in charm and deportment. When on show, these typically working-class women were not allowed to speak, as their accents were thought to endanger the effect Lucile wanted. Most importantly, Lucile is also said to have originated the “mannequin parade”, thereby setting the precedent for today’s catwalks. Grand London ladies would be invited to these mannequin parades at Maison Lucile in Hanover Square. There they would be served tea – another precedent, later much copied – and handed a list of models and dresses that resembled a theatre programme.

The dresses, or “Gowns of Emotion”, were given names like “Give Me Your Heart”, “The Sighing Sound of Lips Unsatisfied” and “When Passions Thrall is O’er”. And they were worn by models named only as Hebe, Corisande and Gamela.  Single men would sometimes accompany the invited ladies, mainly to admire the models, a few of whom married well above their station as a result.  According to historian Caroline Evans, Lucile held summer fashion shows in her garden, where the models sometimes led pedigree dogs on jewelled leads. When the fashion shows were held in the evening, the models would walk across a theatrically lit stage to music played by a small string ensemble. Lucile’s was the very first modelling stage, and it was draped in olive chiffon. As Lucile later admitted, the purpose of the mannequin parades was simply to “lure women into buying more dresses than they could afford”.  And it worked.

Maison Lucile was soon transformed into the international company, Lucile Ltd., selling, along with clothes and lingerie, perfume, cosmetics and accessories such as bags, parasols and shoes. In contrast to Redfern which did not do well in New York and confined its couture work to Paris, Lucile Ltd. is considered to be the first internationally successful couture business, with houses in London (1894), New York (1910), Chicago (1915) and Paris (1911) – the latter where, instead of members of high society, courtesans like Mata Hari wore Lucile’s gowns.

Lucile was also the first couturier to use the media to promote her fashions.  From around 1910, she wrote weekly columns for the Heart newspaper syndicate and monthly columns for Harper’s Bazaar and Good Housekeeping.  Her clothes were often features in Vogue, Vanity Fair, Les Modes, Femina and The London Magazine, among many others.  In 1917, she even entered into a contract to design the interiors of luxury cars for Chrysler Corporation.

Members of the aristocracy and royal families were among Lucile’s clients, as were stars of stage and screen. The list of noteworthies included wife of the prime minister, Margot Asquith; Daisy, Countess of Warwick (mistress of the Prince of Wales); socialites Gloria Vanderbilt and Heather Firbank; dancer Lydia Kyasht of the Ballet Russes; and actresses Lily Langtry, Sarah Bernhardt, Gertie Millar, Mary Pickford and Kitty Gordon. Lucile designed the costumes for several theatrical productions, including the play The Liars (1897), the operetta The Merry Widow (1907), the silent film Way Down East (1920), and the famous Ziegfield Follies revues on Broadway (1915-1921).

The first “It Girls” were sisters

The life story of Lucy Christiana Duff-Gordon, née Sutherland (1863-1935), is a fascinating one. She was born in London, lived the first part of her childhood in Canada, and, upon the death of her father and her mother’s remarriage, the second part on the island of Guernsey with her little sister, the future novelist Elinor Glyn, creator of the “It girl”.  Lucy would dress their dolls and eventually themselves. Age 21, Lucy ignored advice and married the alcoholic and serial philanderer James Stuart Wallace, soon bearing him a daughter, Esme. His philandering led her to seek consolation in a series of sexual affairs, including a long one with the famous surgeon, Morrell Mackenzie.

When her husband left her in 1890 for a dancer, Lucy Wallace was in desperate financial straits. She and her daughter moved in with her mother, and she began supporting herself by dressmaking at her mother’s drawing-room table. Soon a chiffon tea gown she had made for a leading politician’s wife caused a sensation at a weekend house party, and her designing/dressmaking career took off.  In 1893, she was able to divorce James Wallace and in 1894 establish Maison Lucile on Old Burlington Street, one block from Savile Row and the elegant boutiques of Burlington Arcade.

She then in 1900 won the hand of the Scottish baronet and sportsman, Sir Cosmo Duff-Gordon, enabling her career to flourish.  For Lucile now could capitalise on possessing a secure social position with an alluring element of impropriety.  She dirtied her hands with “trade”, after all, and she socialised not only with the upper crust but also with actresses whose reputations were often colourful, to say the least. The downside to her many friendships with her clients was that she was often inhibited from asking for payments for her clothes.

Serious controversy gathered around Maison Lucile in 1912 when Lady Duff-Gordon managed with her husband to survive the sinking the of the Titanic. Wearing a mauve silk kimono and squirrel coat, she, Sir Cosmo, her maid and nine other people escaped in a boat designed for forty. As she watched the Titanic sink, Lady Duff-Gordon reportedly said to her maid, “There goes your lovely nightgown.”  Sir Cosmo and his wife later had to testify at a London hearing into the disaster, attracting huge crowds including supportive society ladies who came dressed in her clothes. Though the Duff-Gordons were cleared of bribing crew members not to save others on board, Sir Cosmo never recovered from the attacks on his reputation.

During World War I, Lucile closed her couture houses in London and Paris and determinedly based herself in New York, living far from her more isolated husband. An internationally celebrated couturier, she was often sued for breach of contract and non-payment. She also lost a precedent-setting court case in 1917 when her New York agent Otis Wood won the sole right to sell her clothes for a lower cost in a cheaper market, using her brand name.  Hence, Lucile was forced to end her successful mail-order business with Sears, Roebuck & Co.

To meet the huge demands for her clothes, especially in America, Lucile hired many sketch artists to create designs inspired by her ideas, including future couturiers Norman Hartnell and Edward Molyneux and future Hollywood costume designer Howard Greer.  Some of these sketches were published with the name of Lucile on them, rather than that of the artist.  Eventually, Lucile revealed to the American press that she was not designing most of the clothes with her name on them and lost an enormous amount of money as a consequence.

Much greater financial difficulties arose because Lucile’s romantic styles just were not popular in the post-war jazz age. Fashion historian Amy de la Haye says that Lucile’s greatest mistake was the 1919 firing of Molyneux, who had urged her to adapt to the bold new fashions. By 1922 Lucile Ltd. was no more, though she continued to design for private clients in London. She sold her jewels, continued to write her fashion columns and produced an autobiography, Discretions and Indiscretions (1932), which became a bestseller. In 1935, Lucile died of breast cancer and pneumonia in a nursing home, surrounded by flowers, age 71. 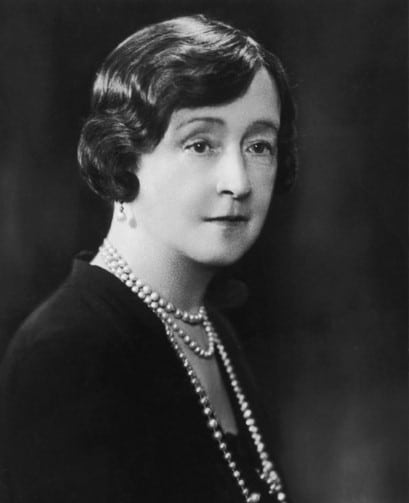 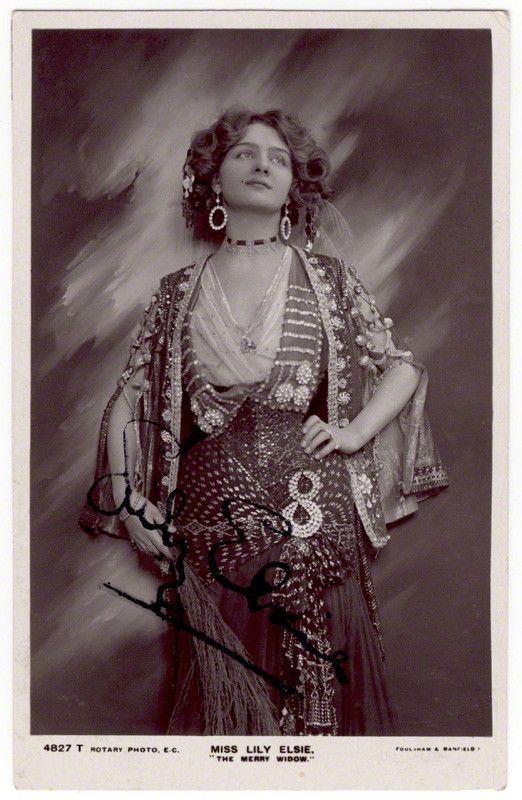 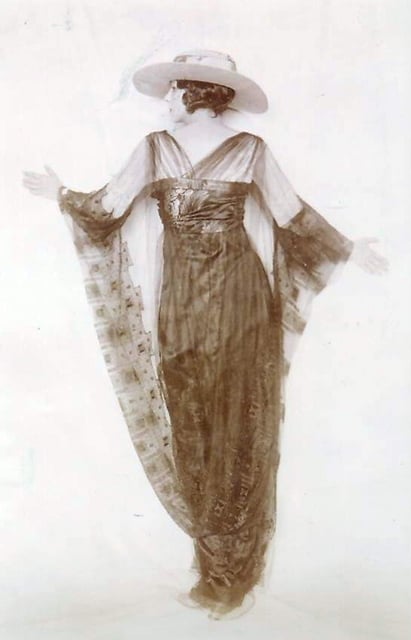 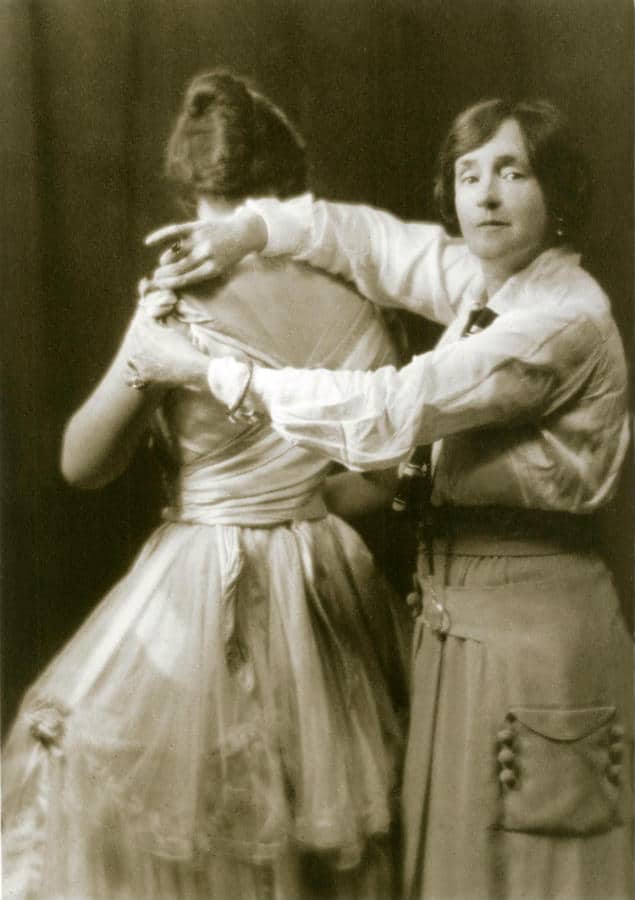 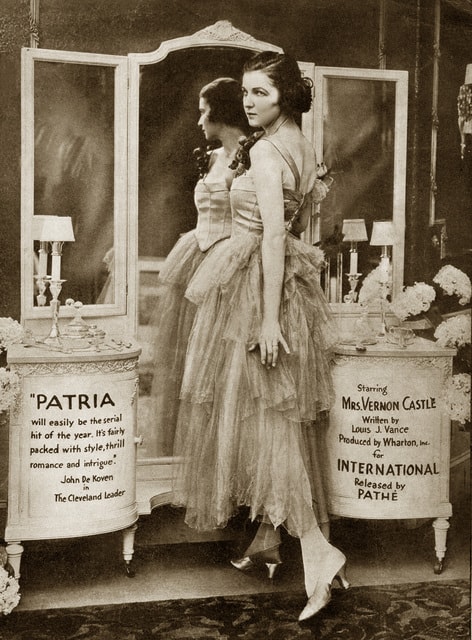