It seems like a time now, long, long ago, when shoes did not reign supreme on the high altar that is a woman’s wardrobe. Cinderella’s fashion-forward fairy godmother certainly knew the power of footwear when she dazzled those glass slippers into existence. Looking through the vast catalogue of Manolo Blahnik’s painterly sketches, and then seeing each delicate creation, feels very much like that Cinderella moment come to life.

Born in the Canary Islands, a young Manolo studied in Geneva before moving to London in 1968 to pursue a career in set design. In a fairytale twist of his own, one such exquisite illustration happened to land into the lap of fashion’s high priestess, then US Vogue editor Diana Vreeland, who famously advised him, “Young man, make things, make accessories, make shoes.”

Collaborative work with Ossie Clark, London’s most influential shoe designer of the time, soon followed, and by 1973, Manolo Blahnik had opened its first store in London’s uber chic Chelsea. Shops in Paris, New York and elsewhere came thereafter. And so grew a loyal legion of devotees.

Sex and the City’s Carrie Bradshaw famously invested a disproportionate amount of her modest writer’s salary on a shoe addiction — her Manolo-Blahnik-shoe-addiction.  In a scene now canonised, Carrie pleads with her New York mugger, “You can take my Fendi baguette, you can take my ring and my watch, but please don’t take my Manolo Blahniks.” Such are the standing of his shoes.

Manolo Blahnik, however, has never cashed in on this cult status, opting instead for a slow growth for his company. He is very much at the helm of his brand, still illustrating, and still designing and completing each shoe by hand. A second Manolo Blahnik shop in London opened in historic Burlington Arcade in 2016. An admirer of the arcade since he first visited it in his teens, the great man stops by often to check on his pairs of beauties and their tempting display.

Some of Blahnik’s more sumptuous shoes are currently on display at the Wallace Collection. 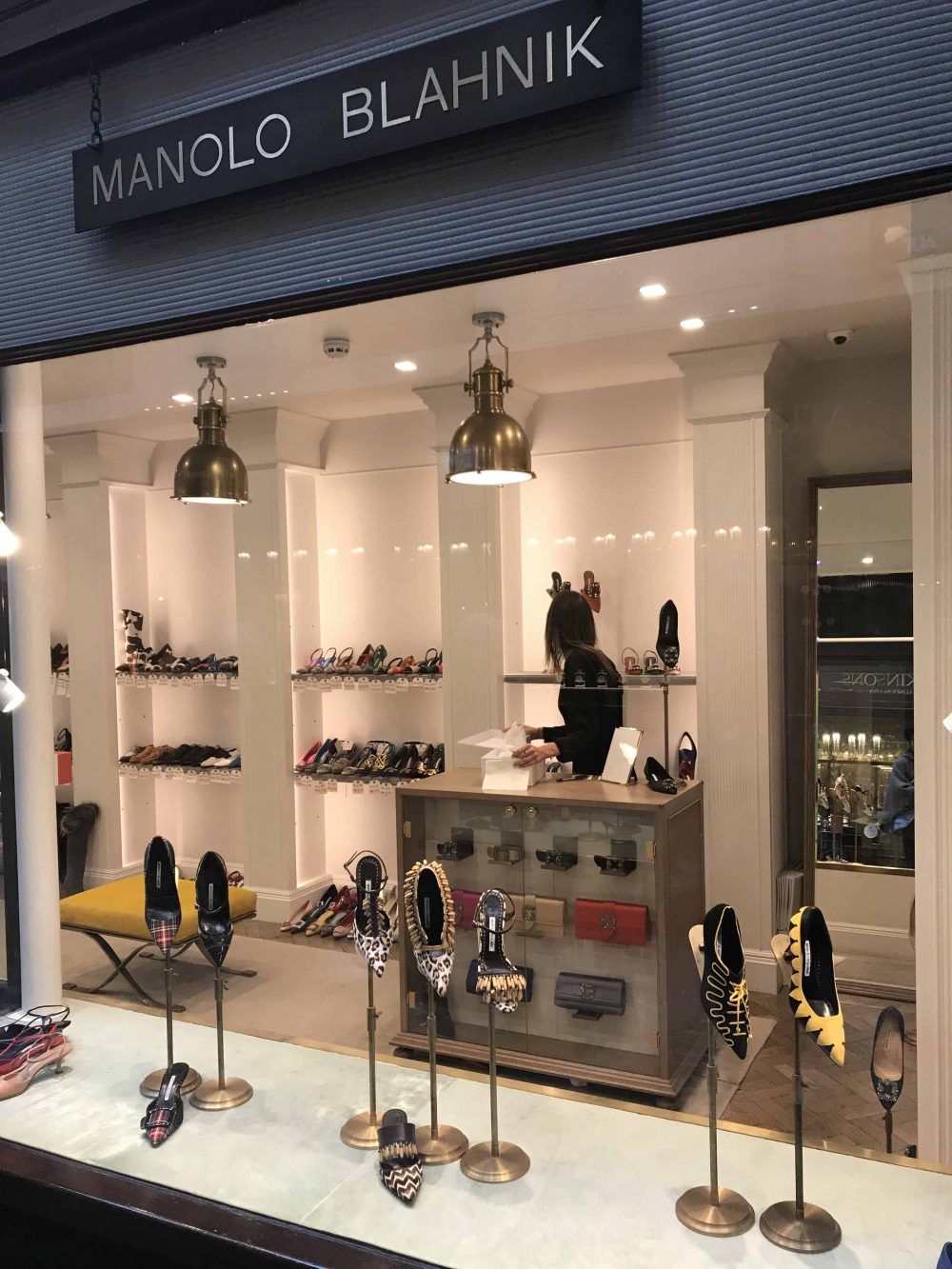 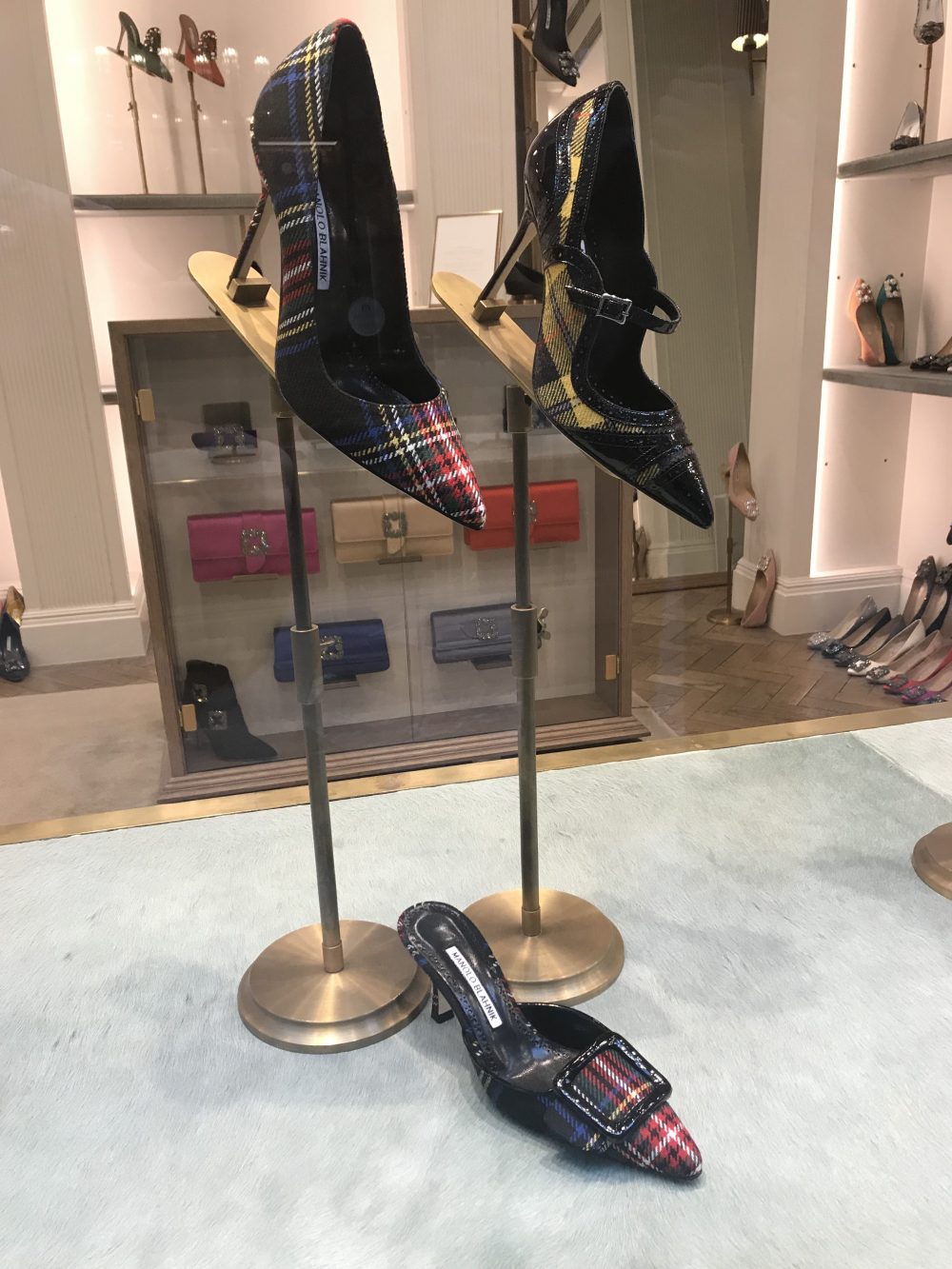 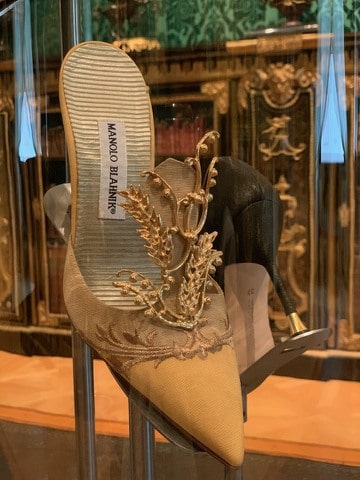 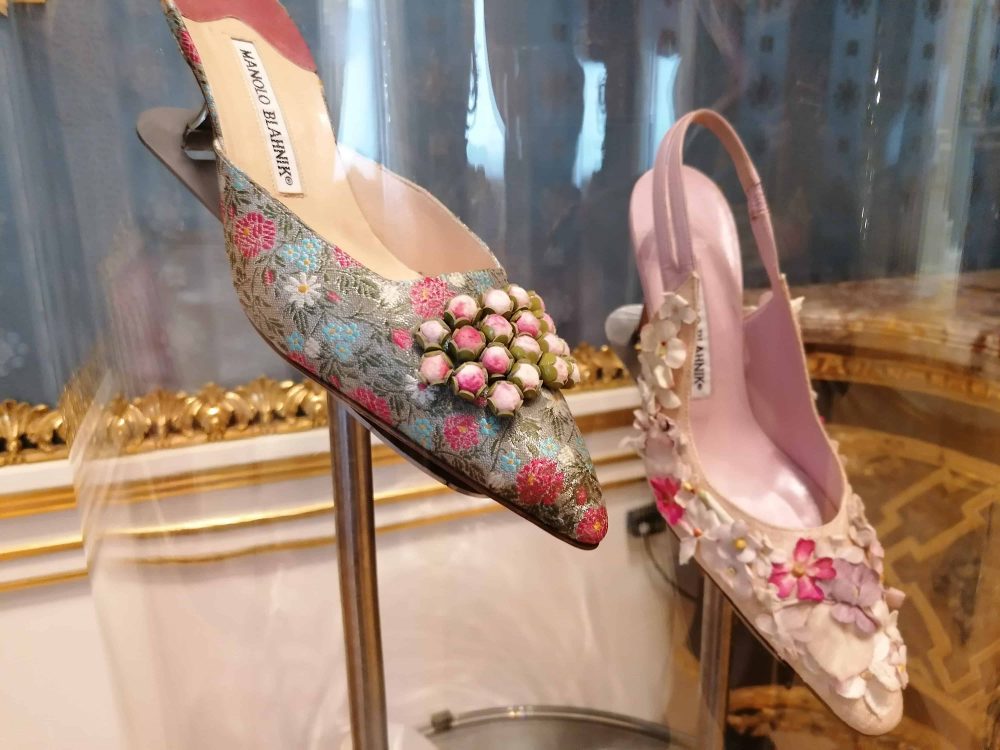 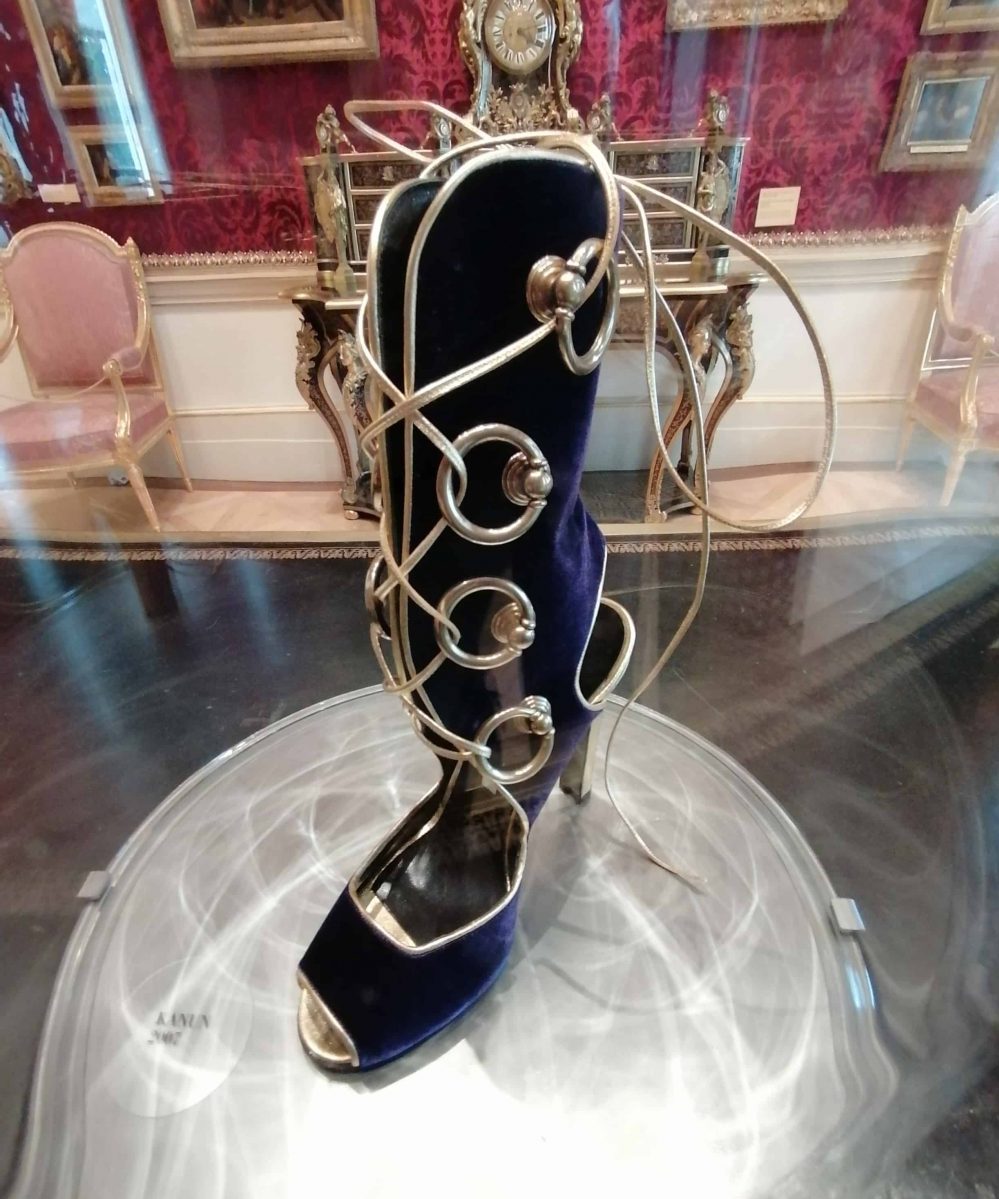 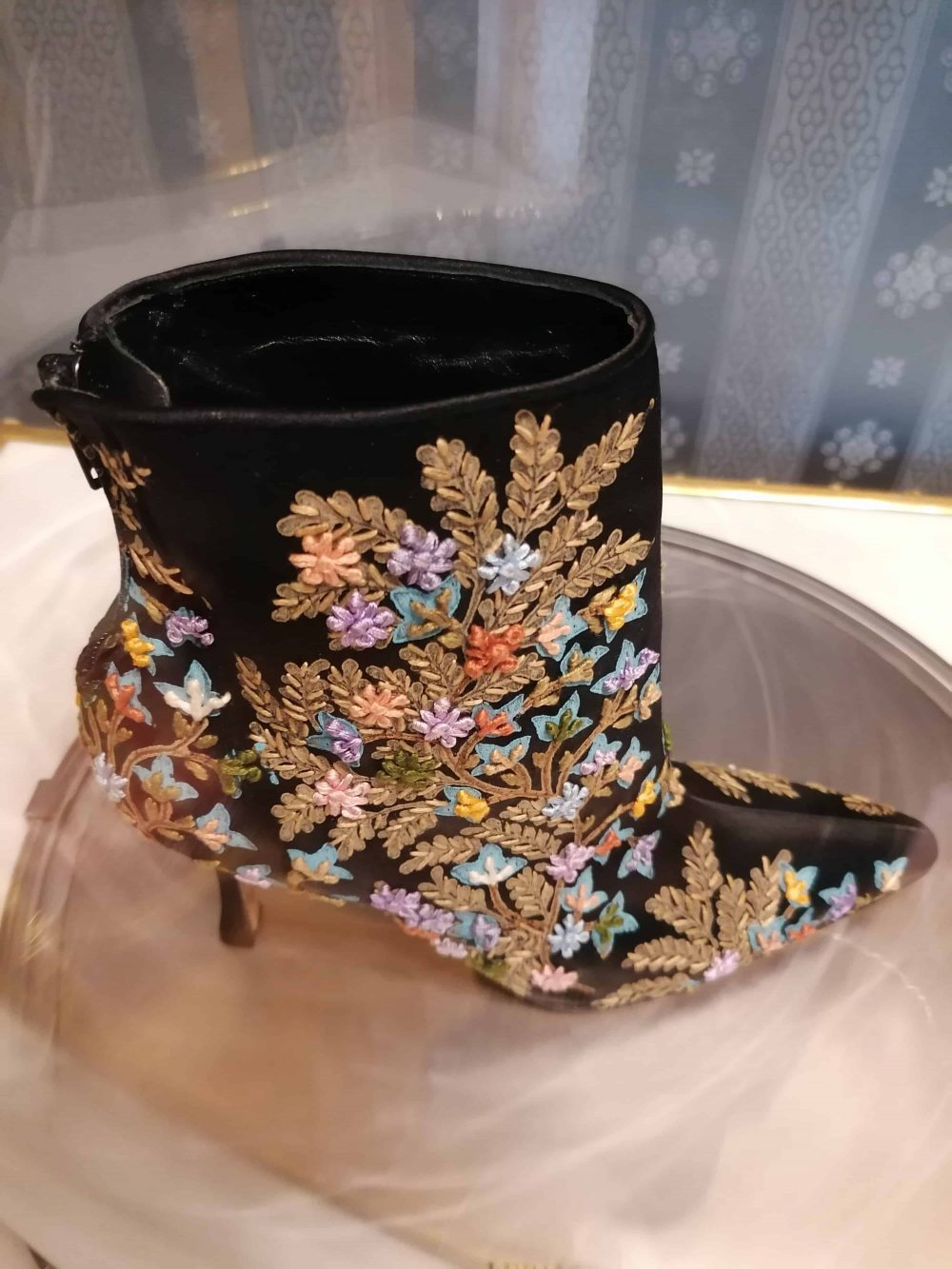 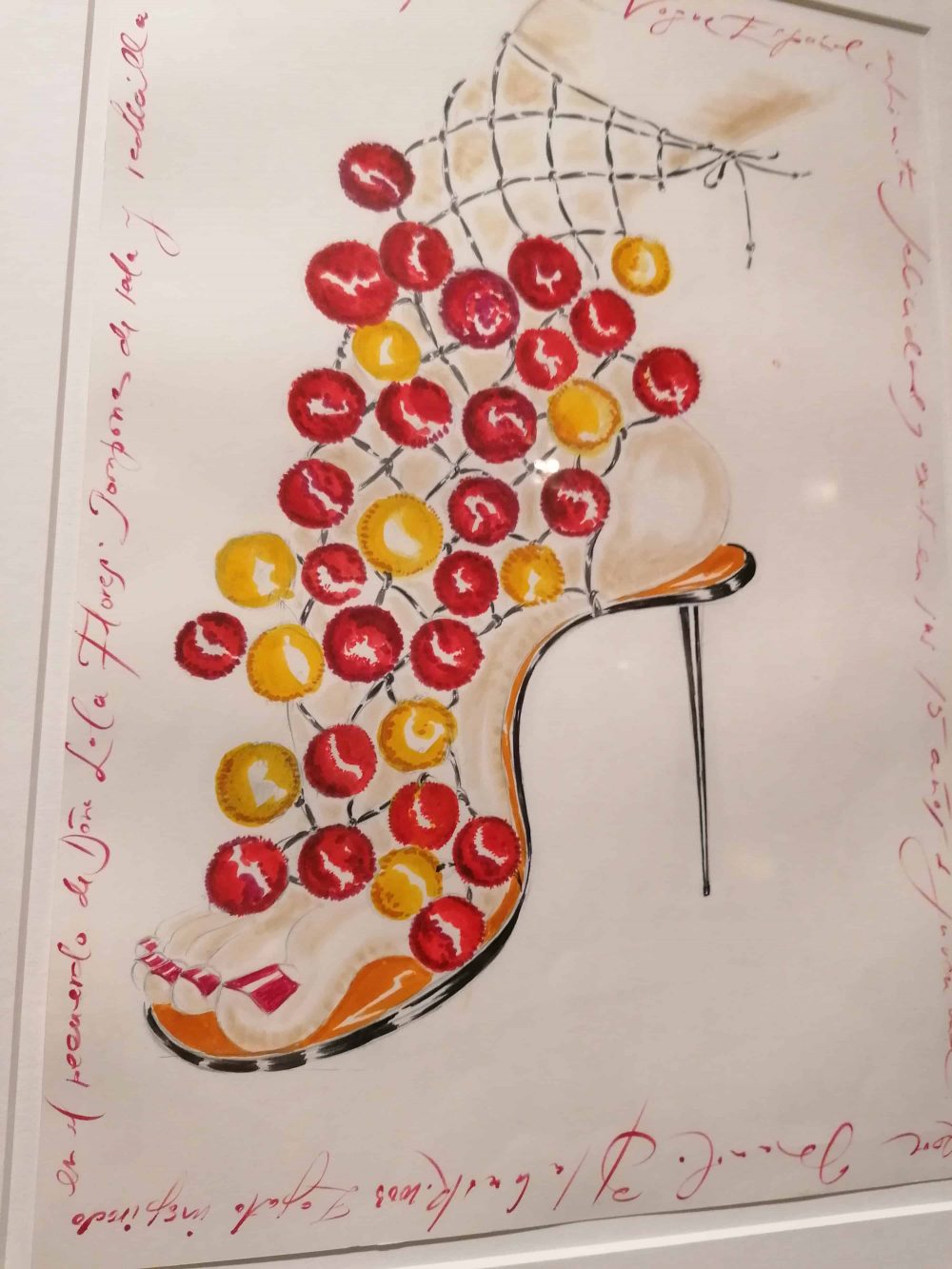