John Redfern is responsible for putting women into suits, and he was able to do so because he made the suit a thing of elegant beauty. Long before Coco Chanel was even born, the tailor Redfern (1820-95) was making exquisitely fitted jackets and skirts for yachting ladies visiting his hometown of Cowes, on the Isle of Wight. The woman’s suit then began as sportswear for female members of the gentry and aristocracy. Thanks in part to published images in The Queen magazine, Redfern’s suits became exceedingly popular in the 1870s. Prince Edward and Princess Alexandra learned to love yachting, and Alexandra discovered that Redfern’s smart blue serge yachting costumes stood up to sea spray and rain.  Wealthy French and American women heading to Cowes Regatta soon began to adopt the English yachting costume created by Redfern’s growing company. (See more recent pictures of Redfern’s suits here.)

So not only did John Redfern invent the woman’s suit, the Cowes tailor turned his small drapery business into the world’s first luxury international sports brand. Its flagship store was on Conduit Street in London. With the help of his two sons, John Redfern by the 1890s owned and operated shops in New York, Edinburgh, Manchester, Nice, Aix-le-Bains, Cannes, Chicago, Newport, Rhode Island (some selling furs, hats and capes) and a couture house in Paris that sold tailored suits “à l’Anglaise”, along with silk dresses and mourning clothes. The latter was a profitable business, as the various stages of mourning could last up to four years, with clothes in shades of black lightening to grey and even mauve.

The Redfern specialty was clothing for women’s sport, which included in those days not only yachting, but also cricket, shooting, hunting, archery, tennis, golf, cycling (where breeches were needed) and side-saddle riding (requiring special skirts that would not get caught on the pommel). On the lawn tennis court, Redfern’s women could be found in their white jersey bodices and white serge skirts. Freed from the tyranny of the corset and crinoline, many middle- and upper-class Englishwomen discovered a new physical freedom, along with the consequent health benefits that more suitable attire made it possible for them to enjoy. Soon women began wearing his “tailor-made” suits as military-braided walking costumes for perambulating the London streets with their bustled behinds.

The actress Lillie Langtry – known as “Jersey Lily” since she was born in on the island of Jersey — famously wore Redfern’s jersey travelling dress in 1879, which was adapted from the knitted woollen pullover sweater that was an essential item of the fisherman’s wardrobe. Costume historian Susan North attests that the very idea of the interchangeable blouse was Redfern’s, first introduced in 1886 as a means of allowing women to mix and match their wardrobe pieces. She notes as well that the buttons on Redfern’s jackets were distinctly carved and made with cut steel, bone, ebony, pearl and leather. With massive puffed shoulders, wide decorated lapels and small but open waists, the tailored jackets that Redfern created were soon copied by department stores dressing women for secretarial jobs. Thus, in the late nineteenth century, Redfern deserves credit for helping women move into the workforce in large numbers.

Significantly, in 1888 Redfern was made dressmaker to Queen Victoria and the fashion icon and sport enthusiast Princess Alexandra — their royal warrants providing the highest honours possible for a British women’s tailor. Women had discovered that there simply was nothing smarter to wear on the streets, in the office, on the golf course or on deck than a suit, in one form or another. North states, “For most of the 1880s, Britain was the dominant authority in fashionable daywear, and the tailor-mades introduced by Charles Poynter Redfern [John Redfern’s son] were all the rage in Paris.” Long after John Redfern’s death in 1895, the firm was still at the forefront of the fashion game in Paris, though it gradually put aside some of its tailoring for softer styles. In 1908, Redfern Ltd. made the the high-waisted, Grecian style of the Regency period fashionable again, and the Parisian magazine Gazette du Bon Ton frequently published colourful, playful images of French women in Redfern. In the darker times of World War I, Redfern designed the official women’s uniforms for the Red Cross. 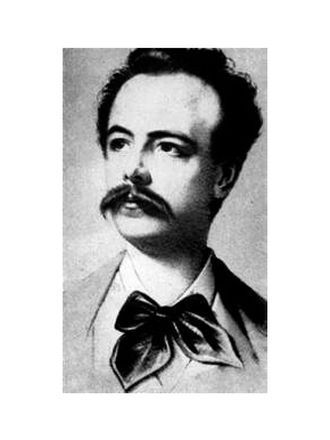 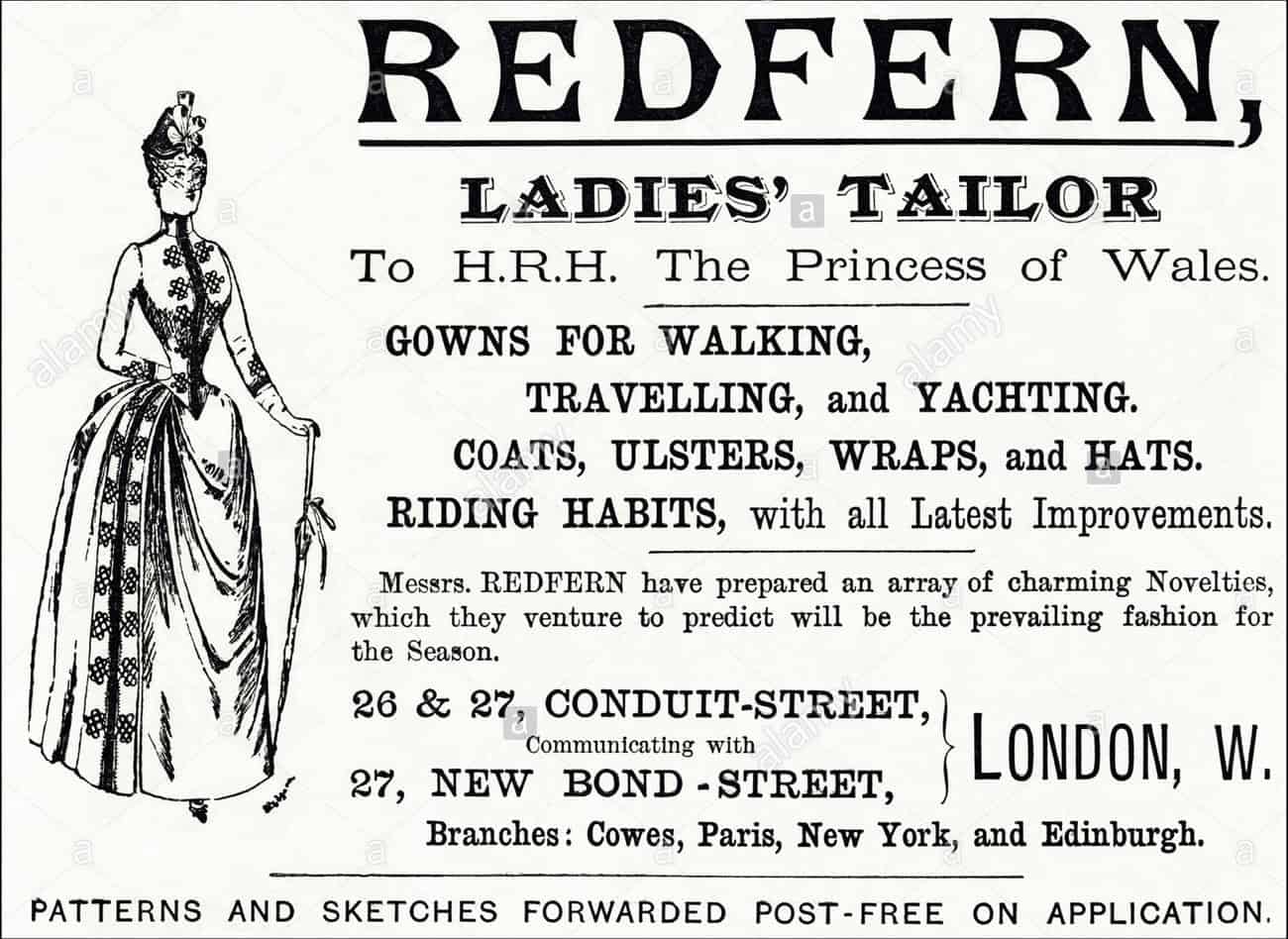 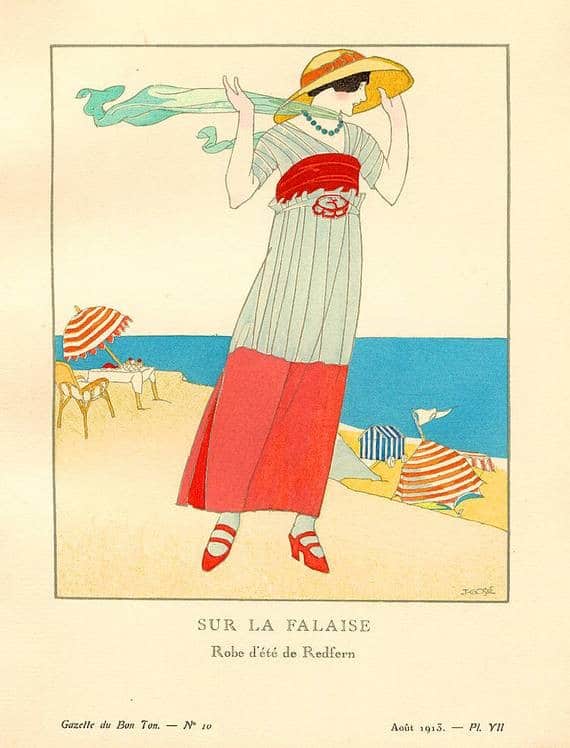 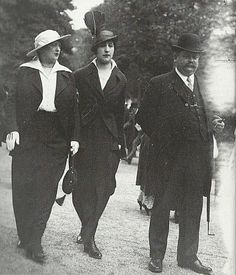